Yokohama Stadium (横浜スタジアム, Yokohama Sutajiamu) is a stadium in Naka-ku, Yokohama, Japan. It opened in 1978 and has a capacity of 34,046 people.
It is primarily used for baseball and is the home field of the Yokohama DeNA BayStars. The stadium features dirt around the bases and pitcher's mound, but with dirt colored turf infield and base paths. The entire green portion of the field is also turfed.
It hosted an Australian rules football match and drew the second largest crowd for such an event outside of Australia. 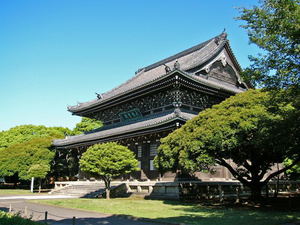