Yasuda (安田町, Yasuda-chō) is a town located in Aki District, Kōchi Prefecture, Japan.
Yasuda is located approximately halfway down the east coast of Kochi Prefecture on the 4th smallest of the main four islands of Japan, Shikoku. As of October 2016, the town has an estimated population of 2,614 and a density of 49 persons per km². The total area is 53.03 km². Yasuda-cho (安田町) or "Yasuda-town" is a part of "Chugei (中芸)" area on the eastern side of Kōchi Prefecture, consisting of four other towns and villages in close approximation: Tano-cho (田野町), Nahari-cho (奈半利町), Kitagawa-mura (北川村), Umaji-mura (馬路村), and Yasuda-cho. Yasuda is known throughout Kochi for its delicious sweet fish (ayu あゆ) caught in the beautiful Yasuda River. There can often be found a few surfers at the mouth of the river at any point in the year.
It is a quiet and peaceful place, being a town consisting largely of farmers. Yasuda is on the Gomen-Nahari train line, third stop from the last heading east. There are a few places to purchase produce and other daily necessities, such as the "Teruport" (輝るぽーと) produce store and other small, locally owned home-front stores. There is a Shikoku Bank (四国銀行)ATM, Kochi Shinkin Bank (高知信用金庫)ATM, a JA Bank (JAバンク) and ATM, JP Post office and ATM (郵便局とゆうちょ銀行), and several other interesting sights. There are two semi-famous local sake brewers located here: Minami Shuzou (Tamanoi 玉の井) and Tosatsuru (土佐鶴). At the edge of the main road running through Kochi Prefecture, the "55" (国道55号線), at the turn into Yasuda, lies the French cuisine-inspired restaurant Rapport (レストラン ラポール). Near the Yasuda Culture Center (安田文化センター) lies the only pub (izakaya 居酒屋) in the town, Manryo (萬領). The Culture Center often hosts guests and local events in its large hall and shares the building with the Health Center (Hoken Center 保健センター).
One of Shikoku island's famous 88 temples resides in Yasuda: Konomine Temple (Konomine-ji 神峯寺) located at the top of a very twisty road. It is not uncommon to see several pilgrims (Ohenro お遍路) walking up and down this road to take the pilgrimage to visit all 88 temples throughout Shikoku. Near the Konomine Temple is the Konomine Shrine (Konomine-jinja 神峯神社), which has been dubbed a "valuable cultural asset of Japan" (bunkazai 文化財). Every year, on October 28, there is a Shrine festival held on the beach in Yasuda. Next to the Shrine, there is an ancient tree (Okusu 大楠), which is also recognized as one of many bunkazai. Yet another cultural asset lies further into the mountains in a temple called Kitadera (北寺); several wooden Buddha statues.
There is a recently refurbished doctor's office (not in use, only for historical preservation) called Nagomi (安田まちなみ交流館 和) which also contains a small memorial museum for some family members of the late Sakamoto Ryoma (坂本竜馬) who resided in Yasuda. There is a kindergarten, elementary, and junior high school in the area for all of the children to attend. Yasuda district extends into the mountains to include what is called Nakayama (中山) until it reaches the next district, Umaji-mura, which is famous for producing yuzu citrus fruit. 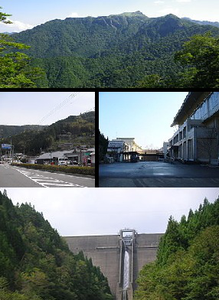 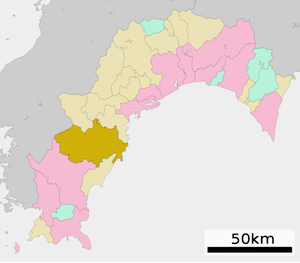 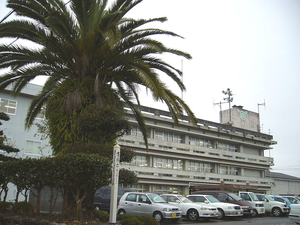 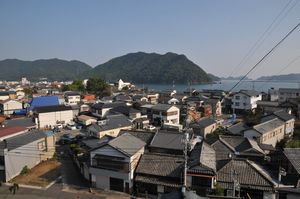 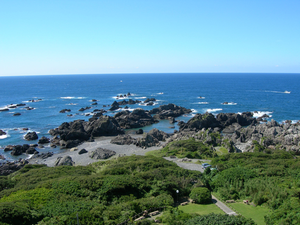 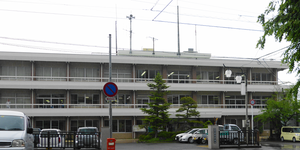