Yamaga (山鹿市, Yamaga-shi) is a city in Kumamoto Prefecture, Japan. The city was founded on April 1, 1954.
On January 15, 2005, Yamaga absorbed the towns of Kahoku, Kamoto, Kaō and Kikuka (all from Kamoto District) to create the new and expanded city of Yamaga.
As of March 31, 2017, the city has a population of 53,404 and a population density of 180 persons per km2. The total area is 299.67 km2.Attractions include the Kumamoto Prefectural Ancient Burial Mound Museum. 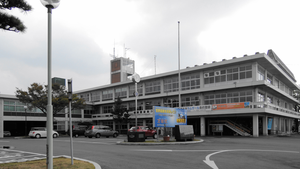 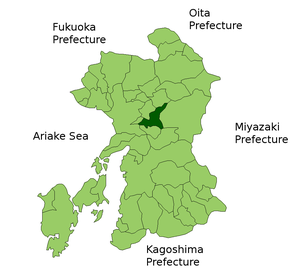 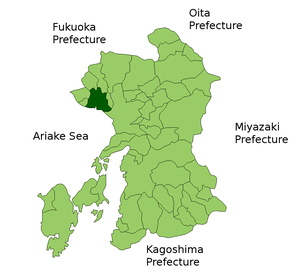 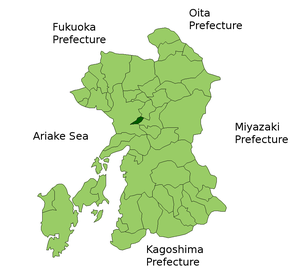 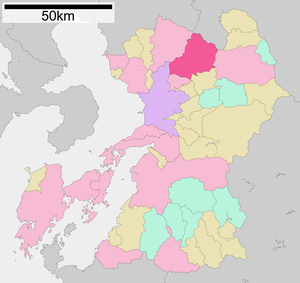 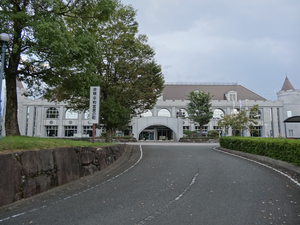 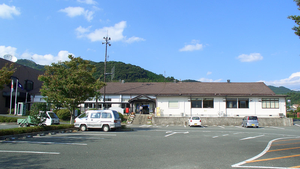 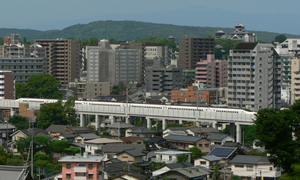 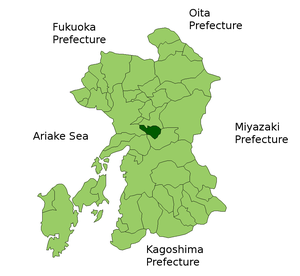 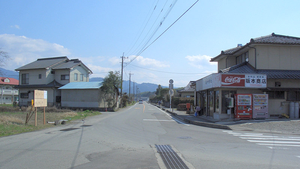