One of the well-known caves of Iran is located in Alborz Province, along the Karaj-Chalus route in the region of Gachsar. It is Yakh Morad Cave. There are many ice stalactites and stalagmites and other sediments that have created fascinating and unique forms in the heart of the cave.

The history of this cave goes back to the second geological period. Some of the specialists believe that Yakh Morad Cave was formed about fifty million years ago under the sea.

One of the characteristics of Yakh Morad Cave is the airflow and available oxygen levels that have become possible by the natural ventilators and holes in the wall of the cave. The conditions of the cave have provided an ideal environment for forming of ice and icicles. As a result, large masses of ice and ice storages have been formed in different parts of the cave. Lightning and reflex of light on the surface of the icicles has created imaginative sceneries.

These masses, seen as stalactites and stalagmites, begin to be formed at the end of autumn. This process continues due to the cold season, snowfall in the region, and infiltration of water through the walls of the cave. That is the reason, Farvardin (March-April) is considered the best time to visit this site. As the warm season begins, the icicles start to melt. By the first days of Khordad (May – June) there only remains the ice lake.

In addition to the ice stalactites and stalagmites, another geological phenomenon called Speleothem can be found in Yakh Morad Cave. Speleothem refers to all the stones that have been created after the formation of the space of the cave, as a result of water dripping. One of the most famous Speleothems of this cave is sediments that look like peas or cauliflower. The visitors will be surprised by these wonderful formations as they see them for the first time.

Yakh Morad Cave has multiple spaces or halls. They include halls of Sanglakhi, Second, Third and Do Gholu (Twins).

To reach Yakh Morad Cave, one should take the Karaj-Chalus route and enter Kohneh Deh route after about seventy kilometers. There is a sign next to the Kohneh Deh village that shows the way to Yakh Morad Cave. After reaching the end of the road, it takes one and a half-hour of light climbing to reach the cave itself. 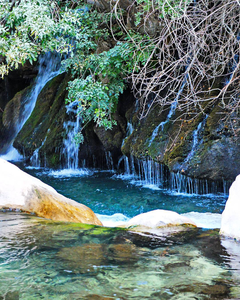 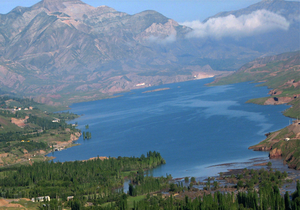 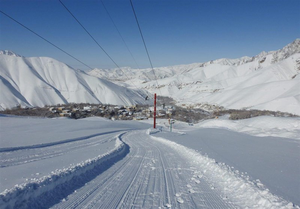 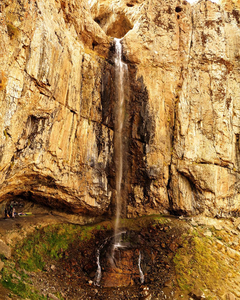