Vratsa (Bulgarian: Враца [ˈvrat͡sɐ]) is the largest city in northwestern Bulgaria. Administrative and economic center of the municipality of Vratsa and Vratsa district. It is located about 112 km north of Sofia, 40 km southeast of Montana.
Situated at the foot of the Vrachanski Balkan, the town is the starting point for numerous caves, waterfalls and interesting rock formations. The most famous of them are the Ledenika Cave, Skaklya Waterfall and the Vratsata Pass.
In Vratsa History Museum is stored the Rogozen treasure, which is the largest Thracian treasure.
Botev Days are held annually in the city, culminating in the rally-dawn on June 1, held at Hristo Botev Square, as well as the national worship on June 2 at Mount Okolchitsa.
Vratsa's motto is "A city like the Balkan - ancient and young". 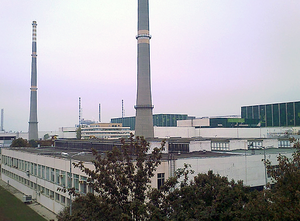 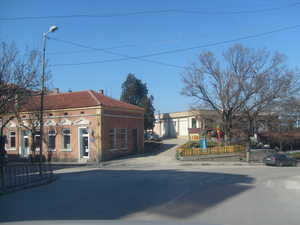 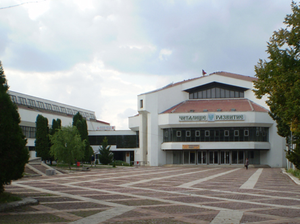