Yapacaní (or Villa Yapacaní) is the largest town in the province of Ichilo in the Bolivian department of Santa Cruz. It lies on the west bank of the Yapacani River, at the mouth of the Surutú River, 100 km north-west of Santa Cruz de la Sierra, the largest city in Bolivia. It is the centre of the district of Yapacaní Municipio. Prior to its foundation on 23 August 1953, there was a military post called El Comando.In 1963, the road west from Montero stopped at the Yapacaní River. Previous efforts at bridge building were unsuccessful and the only way to get to Villa Busch, the administrative camp for the colony, was by boat. If the river was running high, it was necessary to delay crossing up to three or four days. The trip from Villa Busch to the colony was best made by foot as vehicles became bogged down and could not cross log foot bridges.In the last two decades the town's population has risen from 8,585 inhabitants (census 1992), to 14,665 (census 2001), to 26,270 inhabitants (2012 estimate). 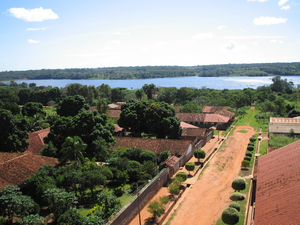 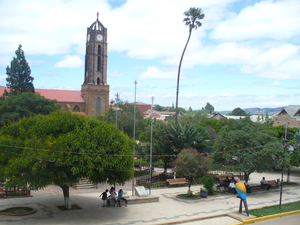 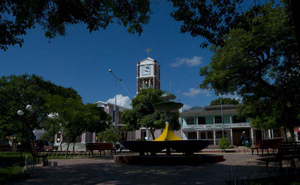