Uwajima (宇和島市, Uwajima-shi) is a city located in Ehime Prefecture, Japan.
As of October 1, 2010, the city has an estimated population of 86,631 and a population density of 184.53 persons per km². The total area is 469.48 km².
In 1595, what is now Uwajima was known as Itajima Village. Takatora Tohdo became lord of the Uwa region, and ordered the restoration of Marugushi Castle. The city was founded by the mergers of the city of Uwajima and parts of former Kitauwa District.
After Date Hidemune, the eldest son of Date Masamune, a prominent lord in northern Japan, took over Uwa in 1614, the clan strongly promoted Uwajima Castle as a center of industry, education, and culture.
In 1871 Uwa became Uwajima Prefecture. The following year it was renamed Kamiyama Prefecture. In 1873, Kamiyama Prefecture was combined with Ishizuchi Prefecture. After Ehime Prefecture was established, the capital was moved to Matsuyama to the north. 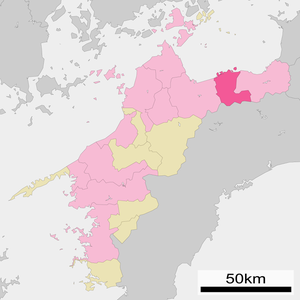 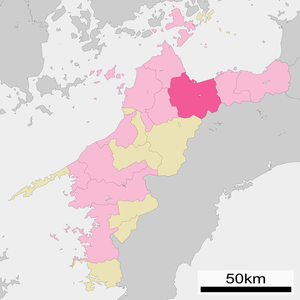 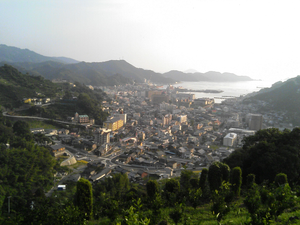 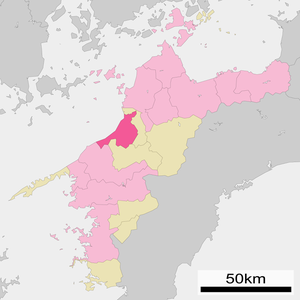 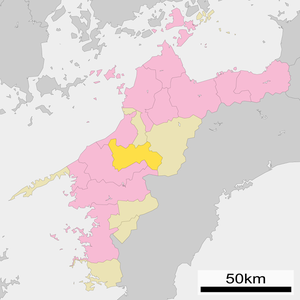 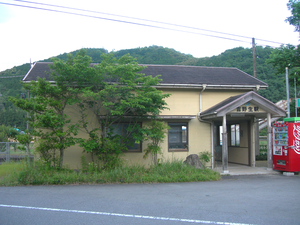 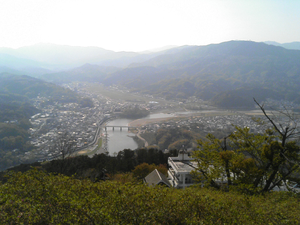 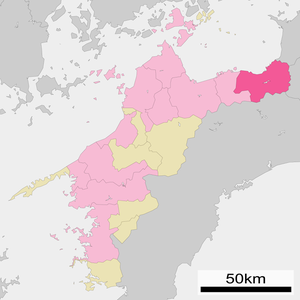 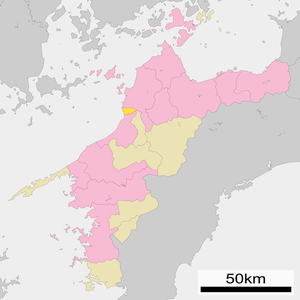