Thiruvananthapuram (IPA: [t̪iruʋənən̪t̪əpurəm] (listen)), commonly known by its former name Trivandrum, is the capital of the Indian state of Kerala. It is the most populous city in Kerala with a population of 957,730 as of 2011. The encompassing urban agglomeration population is around 1.68 million. Located on the west coast of India near the extreme south of the mainland, Thiruvananthapuram is a major information technology hub in Kerala and contributes 55% of the state's software exports as of 2016. Referred to by Mahatma Gandhi as the "Evergreen city of India", the city is characterised by its undulating terrain of low coastal hills.The present regions that constitute Thiruvananthapuram were ruled by the Ays until their fall in the 10th century. The city was then taken over by the Chera dynasty. In the 12th Century, It was taken over by the Kingdom of Venad. In the 17th century the king Marthanda Varma expanded the territory and founded the princely state of Travancore and made Thiruvananthapuram its capital. Following India's independence in 1947, Thiruvananthapuram became the capital of Travancore-Cochin state and remained so till the new Indian state of Kerala was formed in 1956.Thiruvananthapuram is a notable academic and research hub and home to the University of Kerala, Kerala Technological University, the regional headquarters of Indira Gandhi National Open University, and many other schools and colleges. Thiruvananthapuram is also home to research centers such as the National Institute for Interdisciplinary Science and Technology, Indian Space Research Organisation's Vikram Sarabhai Space Centre, the Indian Institute of Space Science and Technology, National Centre for Earth Science Studies and a campus of the Indian Institutes of Science Education and Research. The city is home to media institutions like Toonz India Ltd and Tata Elxsi Ltd, and is also home to Chitranjali Film Studio, one of the first film studios in Malayalam Cinema, and Kinfra Film and Video Park at Kazhakoottom, which is India's first Infotainment industrial park.Being India's largest city in the deep south, it is strategically prominent and hosts the Southern Air Command headquarters of the Indian Air Force, the Thumba Equatorial Rocket Launching Station and the upcoming Vizhinjam International Seaport. Thiruvananthapuram is a major tourist centre, known for the Padmanabhaswamy Temple, the beaches of Kovalam and Varkala, the backwaters of Poovar and Anchuthengu and its Western Ghats tracts of Ponmudi and the Agastyamala. In 2012, Thiruvananthapuram was named the best Kerala city to live in, by a field survey conducted by The Times of India. In 2013, the city was ranked the fifteenth best city to live in India, in a survey conducted by India Today. Thiruvananthapuram was ranked the best Indian city for two consecutive years, 2015 and 2016, according to the Annual Survey of India's City-Systems (ASICS) conducted by the Janaagraha Centre for Citizenship and Democracy. The city was also selected as the best governed city in India in a survey conducted by Janaagraha Centre for citizenship and democracy in 2017. 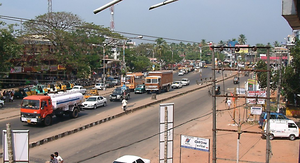 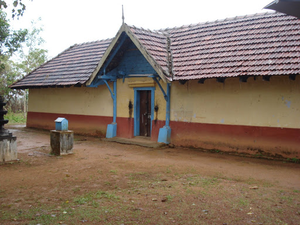