Telangana ( (listen), Telugu: [ˈtelanɡaːna]) is a state in India situated on the south-central stretch of the Indian peninsula on the high Deccan Plateau. It is the eleventh-largest state and the twelfth-most populated state in India with a geographical area of 112,077 km2 (43,273 sq mi) and 35,193,978 residents as per 2011 census. On 2 June 2014, the area was separated from the northwestern part of Andhra Pradesh as the newly formed state with Hyderabad as its capital. Its other major cities include Warangal, Nizamabad, Khammam and Karimnagar. Telangana is bordered by the states of Maharashtra to the north, Chhattisgarh to the east, Karnataka to the west, and Andhra Pradesh to the east and south. The terrain of Telangana region consists mostly of hills, mountain ranges, and thick dense forests covering an area of 27,292 km2 (10,538 sq mi). As of 2019, the state of Telangana is divided into 33 districts.
Throughout antiquity and the Middle Ages, the region now known as Telangana was ruled by multiple major Hindustani powers such as the Cholas, Mauryans, Satavahanas, Chalukyas, Kakatiyas, Delhi Sultanate, Bahmani Sultanate, Golconda Sultanate. During the 16th and 17th centuries, the region was ruled by the Mughals of India . The region is known for its Ganga-Jamuni tehzeeb culture. During the 18th century and the British Raj, Telangana was ruled by the Nizam of Hyderabad. In 1823, the Nizams lost control over Northern Circars (Coastal Andhra) and Ceded Districts (Rayalseema), which were handed over to the East India Company. The annexation by the British of the Northern Circars deprived Hyderabad State, the Nizam's dominion, of the considerable coastline it formerly had, to that of a landlocked princely state with territories in the central Deccan, bounded on all sides by British India. Thereafter, the Northern Circars were governed as part of Madras Presidency until India's independence in 1947, after which the presidency became India's Madras state.The Hyderabad state joined the Union of India in 1948 after an Indian military invasion. In 1956, the Hyderabad State was dissolved as part of the linguistic reorganisation of states and Telangana was merged with the Telugu-speaking Andhra State (part of the Madras Presidency during the British Raj) to form Andhra Pradesh. A peasant-driven movement began to advocate for separation from Andhra Pradesh starting in the early 1950s, and continued until Telangana was granted statehood on 2 June 2014 under the leadership of K. Chandrashekar Rao.The economy of Telangana is the eighth-largest state economy in India with ₹9.7 trillion (US$140 billion) in gross domestic product and a per capita GDP of ₹228,000 (US$3,200). Telangana ranks 22nd among Indian states in human development index. The state has emerged as a major focus for robust IT software, industry and services sector. The state is also the main administrative centre of many Indian defence aerospace and research labs like Bharat Dynamics Limited, Defence Metallurgical Research Laboratory, Defence Research and Development Organisation and Defence Research and Development Laboratory.The cultural hearts of Telangana, Hyderabad and Warangal, are noted for their wealth and renowned historical structures – Charminar, Qutb Shahi Tombs, Paigah Tombs, Falaknuma Palace, Chowmahalla Palace, Warangal Fort, Kakatiya Kala Thoranam, Thousand Pillar Temple and the Bhongir Fort in Yadadri Bhuvanagiri district. The historic city Golconda in Hyderabad established itself as a diamond trading centre and, until the end of the 19th century, the Golconda market was the primary source of the finest and largest diamonds in the world. Thus, the legendary name Golconda Diamonds became synonymous with Golconda itself. The Golconda region has produced some of the world's most famous diamonds, including the colourless Koh-i-Noor (United Kingdom), the blue Hope (United States), the pink Daria-i-Noor (Iran), the white Regent (France), the Dresden Green (Germany), and the colourless Orlov (Russia), Nizam and Jacob (India), as well as the now lost diamonds Florentine Yellow, Akbar Shah and Great Mogul. Religious edifices like the Lakshmi Narasimha Temple in Yadadri Bhuvanagiri district, Makkah Masjid in Hyderabad, and Medak Cathedral are several of its most famous places of worship. 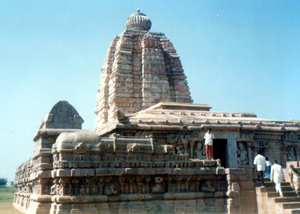 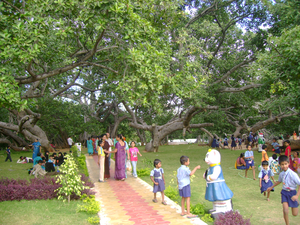 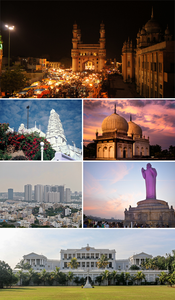 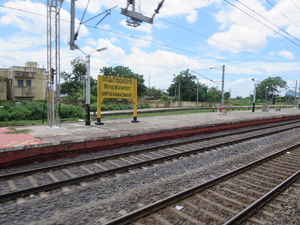 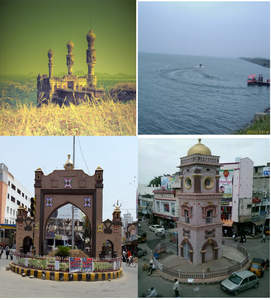 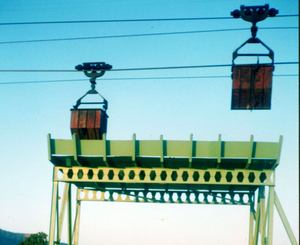 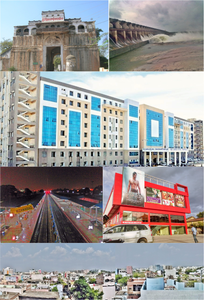