Tampa (US: ) is a major city in, and the county seat of, Hillsborough County, Florida, United States. It is on the west coast of Florida on Tampa Bay, near the Gulf of Mexico. Tampa is the largest city in the Tampa Bay area. With an estimated population of 399,700 in 2019, Tampa is the 48th most-populous city in the U.S. and the third-largest city in Florida after Miami and Jacksonville. The bay's port is the largest in the state, near downtown's Channel District. Bayshore Boulevard runs along the bay, and is east of the historic Hyde Park neighborhood.
Today, Tampa is part of the metropolitan area most commonly referred to as the "Tampa Bay Area". For U.S. Census purposes, Tampa is part of the Tampa-St. Petersburg-Clearwater, Florida Metropolitan Statistical Area. The four-county area is composed of roughly 3.1 million residents, making it the second largest metropolitan statistical area (MSA) in the state, and the fourth largest in the Southeastern United States, behind Washington, D.C.; Miami; and Atlanta. The Greater Tampa Bay area, has over 4 million residents and generally includes the Tampa and Sarasota metro areas.
The city had a population of 335,709 at the 2010 census, and an estimated population of 392,890 in 2018. As of 2018, Tampa's annual growth rate is 1.63%. 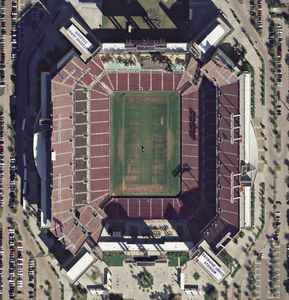