The Stadio Marcantonio Bentegodi is a stadium in Verona, Italy. It is the home of Hellas Verona and Chievo Verona of Serie A and Serie B, respectively. It also hosts the Women's Champions League matches of Bardolino Verona, some youth team matches, rugby matches, athletics events and occasionally even musical concerts. With 39,211 total seats, of which only 31,045 are approved, it is the eighth-largest stadium in Italy by capacity. The stadium is named after the historic benefactor of Veronese sport, Marcantonio Bentegodi. 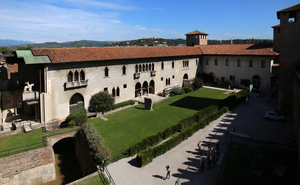 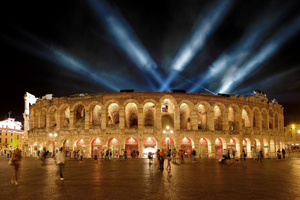