Sri Lanka (UK: , US: (listen); Sinhala: ශ්‍රී ලංකා, romanized: Śrī Laṅkā; Tamil: இலங்கை, romanized: Ilaṅkai), officially the Democratic Socialist Republic of Sri Lanka (formerly known as Ceylon) is an island country in South Asia, located in the Indian Ocean southwest of the Bay of Bengal and southeast of the Arabian Sea. Sri Lanka has been called “the pearl of the Indian ocean” because of its shape and location. It is geographically separated from the Indian subcontinent by the Gulf of Mannar and the Palk Strait. Sri Jayawardenepura Kotte is its legislative capital, and Colombo is its largest city and centre of commerce.
Sri Lanka's documented history spans 3,000 years, with evidence of prehistoric human settlements dating back at least 125,000 years. It has a rich cultural heritage, and the first known Buddhist writings of Sri Lanka, the Pāli Canon, date back to the Fourth Buddhist council in 29 BCE. Its geographic location and deep harbours made it of great strategic importance from the time of the ancient Silk Road through to the modern Maritime Silk Road. Its location as a major trading hub made it known to both the far East as well as the European continent from as far back as the Anuradhapura period. The country's trade in luxury goods and spices attracted traders of many nations, creating Sri Lanka's diverse population. During a period of great political crisis the Portuguese, whose arrival in Sri Lanka was largely accidental, sought to control the island's maritime regions and its lucrative external trade. The Portuguese possessions were later taken over by the Dutch. The Dutch possessions were then taken by the British, who later extended their control over the whole island, colonising it from 1815 to 1948. Resistance to the British was immediate. A national movement for political independence arose in the early 20th century, and in 1948, Ceylon became a republic and adopted its current name in 1972. Sri Lanka's recent history has been marred by a 26-year civil war, which ended decisively when the Sri Lanka Armed Forces defeated the Liberation Tigers of Tamil Eelam in 2009.Sri Lanka's current constitution stipulates it as a republic and unitary state governed by a semi-presidential system. It has had a long history of international engagement, as a founding member of the South Asian Association for Regional Cooperation (SAARC), and a member of the United Nations, the Commonwealth of Nations, the G77, and the Non-Aligned Movement. Sri Lanka is rated "high" on the Human Development Index (HDI), with its HDI rating and per capita income the highest among South Asian nations. The Sri Lankan constitution accords Buddhism the "foremost place", and although it does not identify it as a state religion, Buddhism is given special privileges in the Sri Lankan constitution.Sri Lanka is home to many cultures, languages and ethnicities. The majority of the population are from the Sinhalese ethnicity, while a large minority of Tamils have also played an influential role in the island's history. Moors, Burghers, Malays, Chinese, and the indigenous Vedda are also established groups. 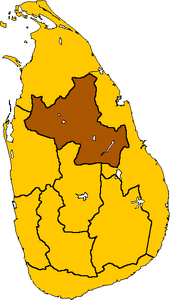 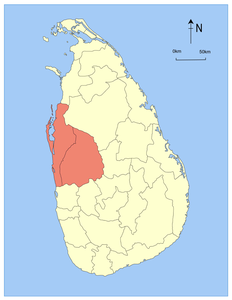 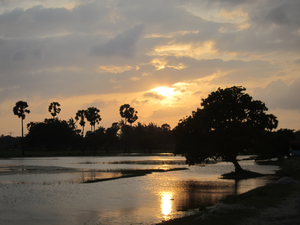 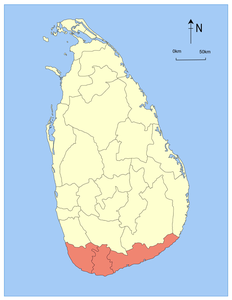