Split-Dalmatia County (Croatian: Splitsko-dalmatinska županija [splîtsko-dalmǎtiːnskaː ʒupǎnija]) is the central-southern Dalmatian county in Croatia. The administrative center is Split. The population of the county is 455,242 (2011). The land area is 4540 km2.
Physically, the county is divided into three main parts: an elevated hinterland (Dalmatinska zagora) with numerous karst fields; a narrow coastal strip with high population density; and the islands. Parts of the Dinaric Alps, including Dinara itself, form the border with Bosnia and Herzegovina while the Kozjak, Mosor and Biokovo mountains separate the coastal strip from the hinterland.
Most important economic activities are agriculture, manufacturing and fishing, but the most important one is tourism.
Split-Dalmatia County is Croatia's biggest County by area.
The county is linked to the rest of Croatia by the newly built four-lane Split-Zadar-Karlovac-Zagreb highway and the Lika railway. Split Airport is the busiest and best airport in Croatia.
In the hinterland, the larger towns are Sinj (pop. 11,500 town, 25,373 with villages), Imotski (4,350) and Vrgorac (2,200).
Besides the largest city, Split (189,000 city proper, 250,000 including Kaštela and Solin), the towns on the coast are Trogir (11,000), Omiš (6,500) and Makarska (13,400).
On the islands, the populations are smaller due to high levels of emigration, but are still mostly urban in character. The main townships are: Supetar (3,300) on the island of Brač; Hvar town (3,700) and Stari Grad (1,900) on Hvar; and Vis town (1,800) and Komiža (1,500) on Vis. 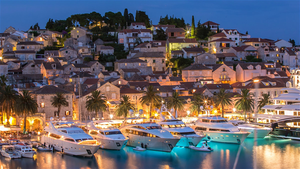 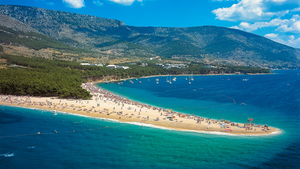 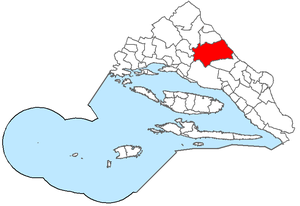 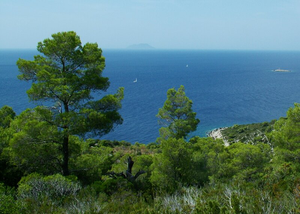 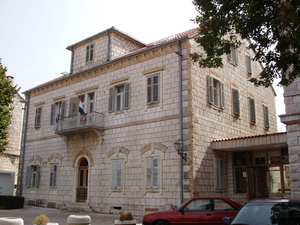 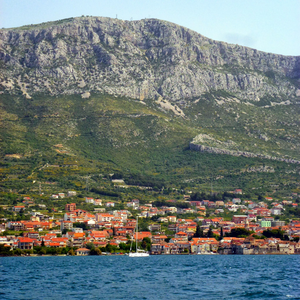 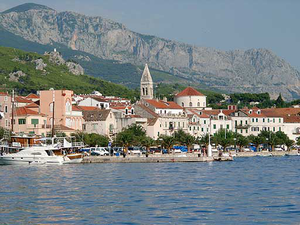 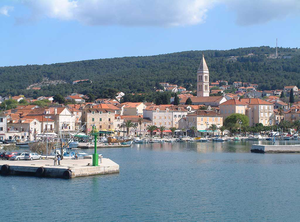 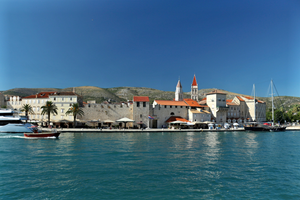