Sofia ( SOH-fee-ə, SOF-; Bulgarian: София, romanized: Sofiya, IPA: [ˈsɔfijɐ] (listen)) is the capital and largest city of Bulgaria. It is situated in the eponymous valley at the foot of the Vitosha mountain in the western parts of the country. The city is built west of the Iskar river, and has many mineral springs, such as the Sofia Central Mineral Baths. It has a humid continental climate. Being in the centre of the Balkans, it is midway between the Black Sea and the Adriatic Sea, and closest to the Aegean Sea.Known as Serdica in Antiquity and Sredets in the Middle Ages, Sofia has been an area of human habitation since at least 7000 BC. The recorded history of the city begins with the attestation of the conquest of Serdica by the Roman Republic in 29 BC from the Celtic tribe Serdi. During the decline of the Roman Empire, the city was raided by Huns, Visigoths, Avars and Slavs. In 809 Serdica was incorporated into the Bulgarian Empire by Khan Krum and became known as Sredets. In 1018, the Byzantines ended Bulgarian rule until 1194, when it was reincorporated by the reborn Bulgarian Empire. Sredets became a major administrative, economic, cultural and literary hub until its conquest by the Ottomans in 1382. From 1530 to 1826, Sofia was the regional capital of Rumelia Eyalet, the Ottoman Empire's key province in Europe. Bulgarian rule was restored in 1878. Sofia was selected as the capital of the Third Bulgarian State in the next year, ushering a period of intense demographic and economic growth.
Sofia is the 13th largest city in the European Union. It is surrounded by mountainsides, such as Vitosha by the southern side, Lyulin by the western side, and the Balkan Mountains by the north, which makes it the third highest European capital after Andorra la Vella and Madrid. Being Bulgaria's primate city, Sofia is home of many of the major local universities, cultural institutions and commercial companies. The city has been described as the "triangle of religious tolerance". This is due to the fact that three temples of three major world religions—Christianity, Islam and Judaism—are situated within one square: Sveta Nedelya Church, Banya Bashi Mosque and Sofia Synagogue. This triangle was recently expanded to a "square" and includes the Catholic Cathedral of St Joseph, Sofia.Sofia has been named one of the top ten best places for start-up businesses in the world, especially in information technologies. Sofia was Europe's most affordable capital to visit in 2013. In 1979, the Boyana Church in Sofia was included onto the World Heritage List, and it was deconstructed in the Second Bulgarian Empire, holding much patrimonial symbolism to the Bulgarian Orthodox Church. With its cultural significance in Southeast Europe, Sofia is home to the National Opera and Ballet of Bulgaria, the National Palace of Culture, the Vasil Levski National Stadium, the Ivan Vazov National Theatre, the National Archaeological Museum, and the Serdica Amphitheatre. The Museum of Socialist Art includes many sculptures and posters that educate visitors about the lifestyle in communist Bulgaria.The population of Sofia declined from 70,000 in the late 18th century, through 19,000 in 1870, to 11,649 in 1878, after which it began increasing. Sofia hosts some 1.24 million residents within a territory of 492 km2, a concentration of 17.9% of the country population within the 200th percentile of the country territory. The urban area of Sofia hosts some 1.54 million residents within 5723 km2, which comprises Sofia City Province and parts of Sofia Province (Dragoman, Slivnitsa, Kostinbrod, Bozhurishte, Svoge, Elin Pelin, Gorna Malina, Ihtiman, Kostenets) and Pernik Province (Pernik, Radomir), representing 5.16% of the country territory. The metropolitan area of Sofia is based upon one hour of car travel time, stretches internationally and includes Dimitrovgrad in Serbia. The metropolitan region of Sofia is inhabited by a population of 1.67 million. 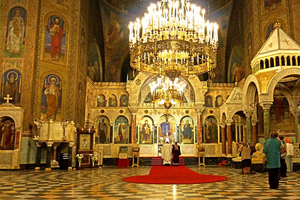 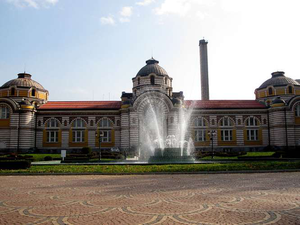 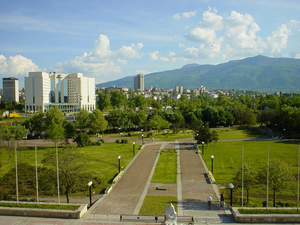 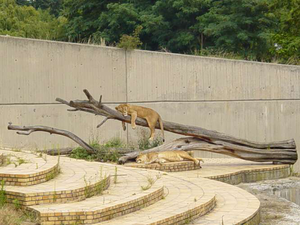 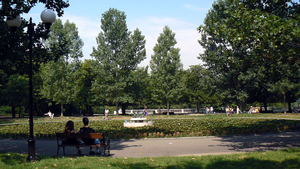 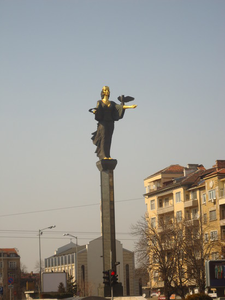 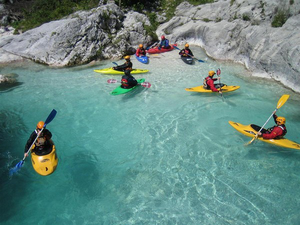 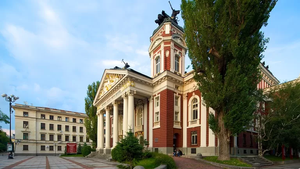 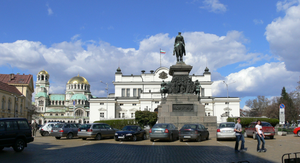 Monument to the Tsar Liberator 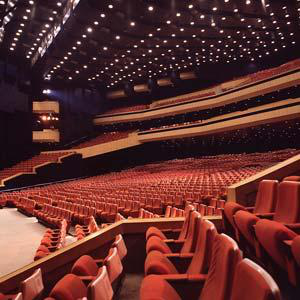 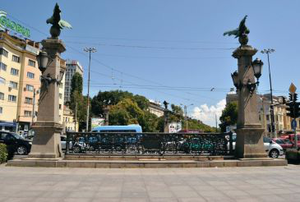 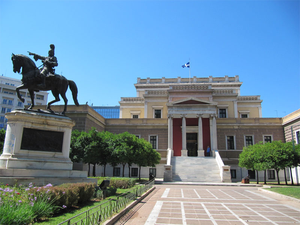 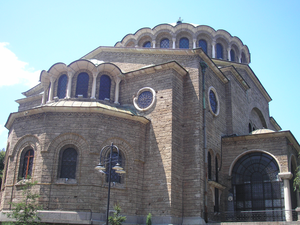 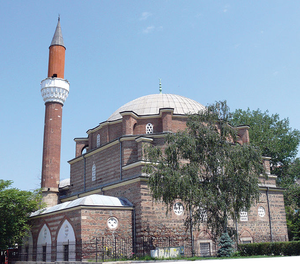