São Paulo (; Portuguese pronunciation: [sɐ̃w̃ ˈpawlu] (listen) (Portuguese for Saint Paul)) is a municipality in the Southeast Region of Brazil. The metropolis is an alpha global city (as listed by the GaWC) and the most populous city in Brazil, the Americas, the Western Hemisphere and the Southern Hemisphere. Additionally, São Paulo is the largest Portuguese-speaking city in the world. The municipality is also the world's 4th largest city proper by population. The city is the capital of the surrounding state of São Paulo, the most populous and wealthiest state in Brazil. It exerts strong international influences in commerce, finance, arts and entertainment. The name of the city honors the Apostle, Saint Paul of Tarsus. The city's metropolitan area, the Greater São Paulo, ranks as the most populous in Brazil and the 12th most populous on Earth. The process of conurbation between the metropolitan areas located around the Greater São Paulo (Campinas, Santos, Sorocaba and São José dos Campos) created the São Paulo Macrometropolis, a megalopolis with more than 30 million inhabitants, one of the most populous urban agglomerations in the world.Having the largest economy by GDP in Latin America and the Southern Hemisphere, the city is home to the São Paulo Stock Exchange. Paulista Avenue is the economic core of São Paulo. The city has the 11th largest GDP in the world, representing alone 10.7% of all Brazilian GDP and 36% of the production of goods and services in the state of São Paulo, being home to 63% of established multinationals in Brazil, and has been responsible for 28% of the national scientific production in 2005, as measured by the number of science papers published in journals.The metropolis is also home to several of the tallest skyscrapers in Brazil, including the Mirante do Vale, Edifício Itália, Banespa, North Tower and many others. The city has cultural, economic and political influence nationally and internationally. It is home to monuments, parks and museums such as the Latin American Memorial, the Ibirapuera Park, Museum of Ipiranga, São Paulo Museum of Art, and the Museum of the Portuguese Language. The city holds events like the São Paulo Jazz Festival, São Paulo Art Biennial, the Brazilian Grand Prix, São Paulo Fashion Week, the ATP Brasil Open, the Brasil Game Show and the Comic Con Experience. The São Paulo Gay Pride Parade rivals the New York City Pride March as the largest gay pride parade in the world.São Paulo is a cosmopolitan, melting pot city, home to the largest Arab, Italian, Japanese, and Portuguese diasporas, with examples including ethnic neighborhoods of Mercado, Bixiga, and Liberdade respectively. São Paulo is also home to the largest Jewish population in Brazil, with about 75,000 Jews. In 2016, inhabitants of the city were native to over 200 different countries. People from the city are known as paulistanos, while paulistas designates anyone from the state, including the paulistanos. The city's Latin motto, which it has shared with the battleship and the aircraft carrier named after it, is Non ducor, duco, which translates as "I am not led, I lead." The city, which is also colloquially known as Sampa or Terra da Garoa (Land of Drizzle), is known for its unreliable weather, the size of its helicopter fleet, its architecture, gastronomy, severe traffic congestion and skyscrapers. São Paulo was one of the host cities of the 1950 and the 2014 FIFA World Cup. Additionally, the city hosted the IV Pan American Games and the São Paulo Indy 300. 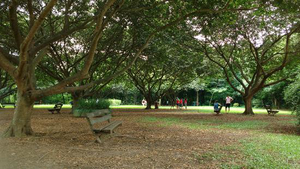 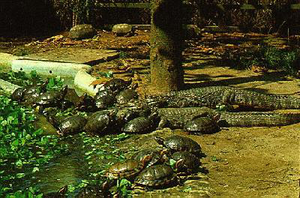 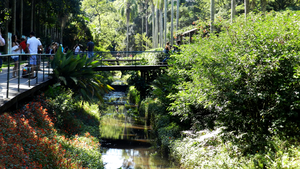 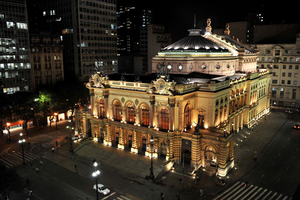 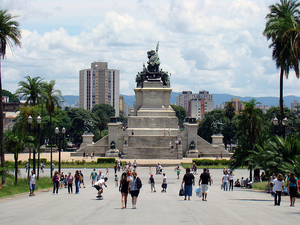 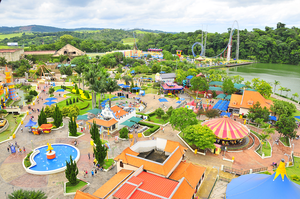 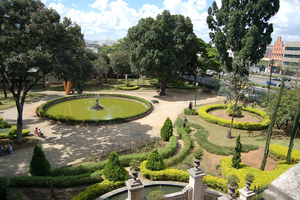 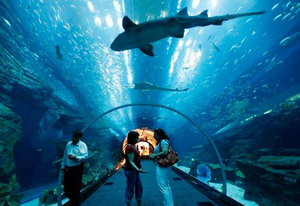 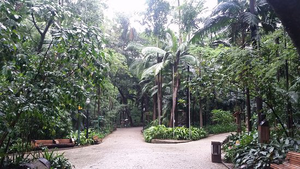 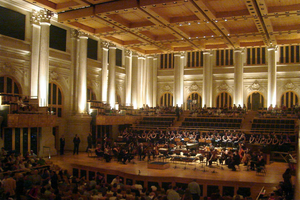 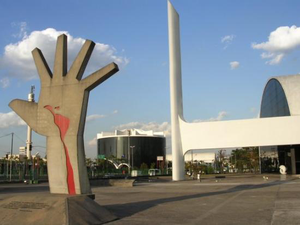 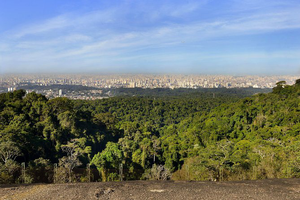 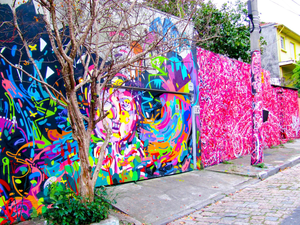 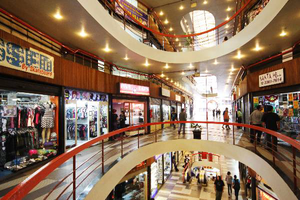 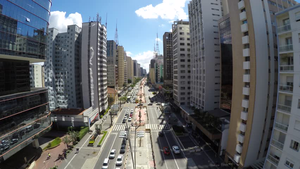 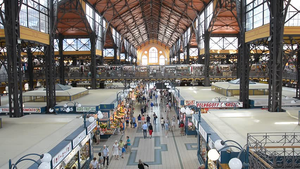 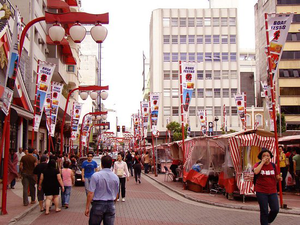 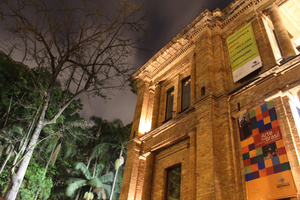 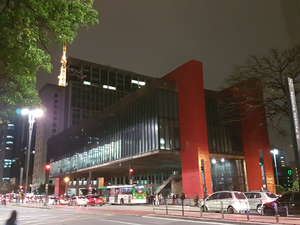 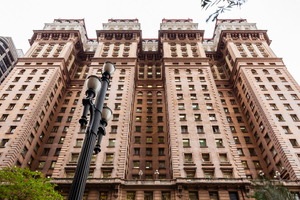 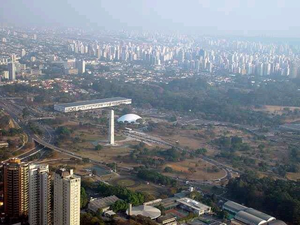 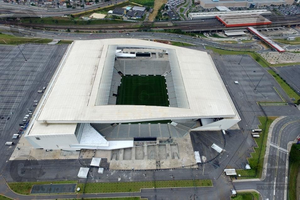 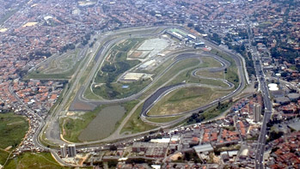 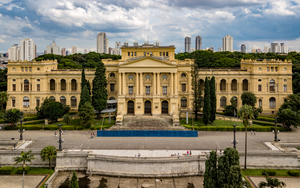 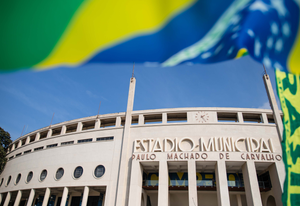