Santa Catarina (Portuguese pronunciation: [ˈsɐ̃tɐ kataˈɾinɐ], "Saint Catherine") is a state in the South Region of Brazil. It is the 7th smallest state in total area and the 11th most populous. Additionally, it is the 9th largest settlement, with 295 municipalities. The state, which has 3.4% of the Brazilian population, is responsible for 3.8% of the Brazilian GDP.Santa Catarina is bordered by Paraná to the north, Rio Grande do Sul to the south, the Atlantic Ocean to the east, and to the west by the Argentine province of Misiones. The coastal path is over 450 km, i.e., about half of Portugal's mainland coast. The host city of the state executive, legislative and judiciary powers is the capital Florianópolis. Joinville, however, is the most populous city in the state. Besides Espírito Santo, Santa Catarina is the only state whose capital is not the most populous city. South of the Tropic of Capricorn, situated in the planet's southern temperate zone, the state has a humid subtropical climate (Cfa) in the east and west and an oceanic climate (Cfb) in the center. Climatic conditions vary according to the relief of the region: in the west and mountainous plateau, it is relatively frequent that frosts and snow occur, while on the coast the climate is warmer, capable of reaching high temperatures in summer.The territory of Santa Catarina is one of the oldest states in Brazil, separated from São Paulo in 1738, its first governor being José da Silva Pais. The state was created for one reason only: to extend the Portuguese domains to southern Brazil until reaching the Rio de la Plata region. It is also the oldest state of the South Region of Brazil, older than Rio Grande do Sul (1807) and Paraná (1853). The state of Santa Catarina was very settled by European immigrants: the coast was colonized by the Azorean Portuguese in the 18th century; the Itajaí Valley – a portion of the southern region and northern Santa Catarina – was settled by the Germans in the mid 19th century. The south of the state was populated by the Italians in the last years of the 19th century. Children and grandchildren of Italian and German immigrants who moved from Rio Grande do Sul settled the west of Santa Catarina in the mid 20th century. Descendants of Africans and Indigenous also populated the state.The state's social indexes are among the best in Brazil. It has the highest rate of life expectancy in the country (just like the Federal District), the lowest infant mortality rate and is also the state with the lowest economic inequality and illiteracy in Brazil. Santa Catarina has the 6th highest GDP in the country, with a diverse economy and strong affinities to industrialization. 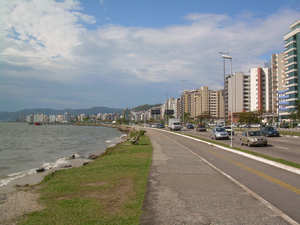 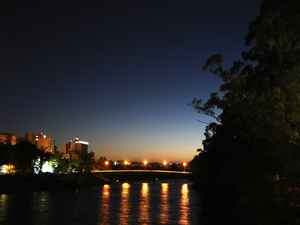