The Saladin or Salah ad Din Governorate (Arabic: صلاح الدين‎, Ṣalāḥ ad-Dīn) is a governorate in Iraq, north of Baghdad. The governorate has an area of 24,363 square kilometres (9,407 sq mi). The estimated population in 2003 was 1,042,200 people. The capital is Tikrit; the governorate also contains the significantly larger city of Samarra. Before 1976 the governorate was part of Baghdad Governorate.
The province is named after leader Saladin (written Salah ad-Din in modern Arabic Latin transcription), a Kurdish Muslim leader who defeated the Crusaders at Hattin, and who hailed from the province. Salah ad Din was the home province of Saddam Hussein; he was born in Al-Awja, a town near Tikrit. 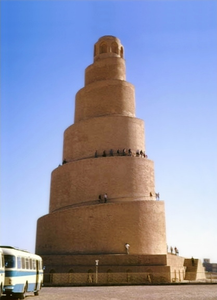 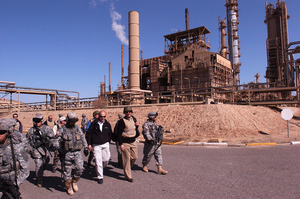 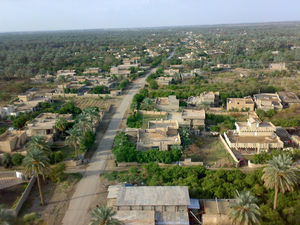