Rio Grande do Sul (UK: , US: , Portuguese: [ɦiw ˈɡɾɐ̃ːdʒ dʊ ˈsuw] (listen); lit. '"Great River of the South"') is a state in the southern region of Brazil. It is the fifth-most-populous state and the ninth largest by area. Located in the southernmost part of the country, Rio Grande do Sul is bordered clockwise by Santa Catarina to the north and northeast, the Atlantic Ocean to the east, the Uruguayan departments of Rocha, Treinta y Tres, Cerro Largo, Rivera and Artigas to the south and southwest, and the Argentine provinces of Corrientes and Misiones to the west and northwest. The capital and largest city is Porto Alegre. The state has the highest life expectancy in Brazil, and the crime rate is relatively low compared to Brazilian national average. Despite the high standard of living, unemployment is still high in the state, as of 2017. The state has 5,4% of the Brazilian population and it is responsible for 6,6% of the Brazilian GDP.
The state has a gaucho culture like its foreign neighbors. Before the arrival of Portuguese and Spanish settlers, it was inhabited mostly by the Guarani and Kaingang peoples (with smaller populations of Charrúa and Minuano). The first Europeans there were Jesuits, followed by settlers from the Azores. In the 19th century it was the scene of conflicts including the Farroupilha Revolution and the Paraguayan War. Large waves of German and Italian migration have shaped the state. 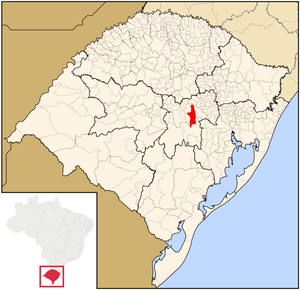 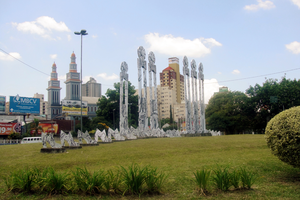 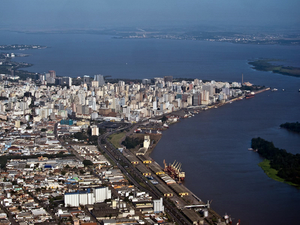