Resende (Portuguese pronunciation: [ʁeˈzẽdʒi]) is a municipality in the Brazilian state of Rio de Janeiro. The population is 125,214 (2015 est.) in an area of 1094 km². Resendense refers to people or things that come from or inhabit Resende. It is the oldest town in this region, which has boundaries with the state of São Paulo and Minas Gerais. It is an important industrial, automotive, metallurgical, and tourist center, and headquarters of the world's second-largest military complex, the Academia Militar das Agulhas Negras (AMAN). Resende is of national importance and houses the Nuclear Fuel Factory complex of the "Indústrias Nucleares" of Brasil (Brazilian Nuclear Factories), the only one able to enrich uranium. Resende's automotive area holds MAN Latin America (former Volkswagen Trucks and Buses), the biggest truck and bus factory of Brazil, limited to PSA Peugeot Citroën and Michelin.
The town has the following tourist attractions: Visconde de Mauá, Parque Nacional do Itatiaia, Engenheiro Passos, AMAN, Serrinha do Alambari, Penedo (which belong the city of Itatiaia), the Cachoeira da Fumaça, and some of the city's houses. Resende is home to the largest theater in Latin America, The Academy Theater with a capacity of 2,884 people. Resende is crossed by Rodovia Presidente Dutra, the most important Brazilian road. The municipality has a big territorial extension, 1.144 km², as mentioned before, the biggest in the area between Rio and São Paulo, between the municipalities traversed by the road which connects them. Resende is served by Resende Airport. 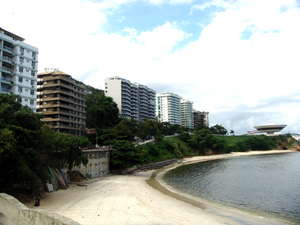 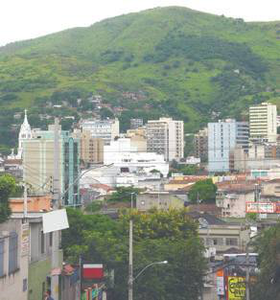 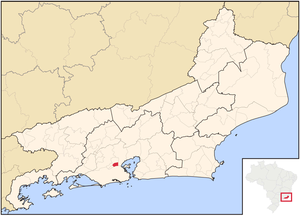 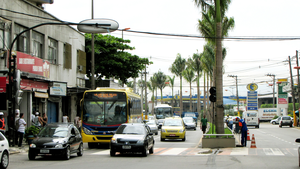 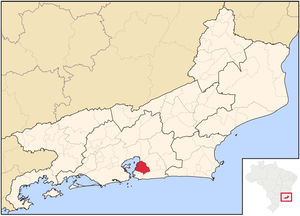 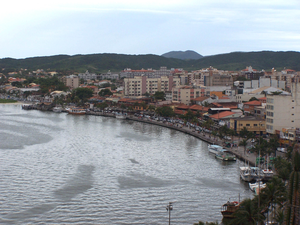