Pretoria (Afrikaans pronunciation: [prɛˈtʊəria]; Zulu: ePitoli), is one of South Africa’s three capital cities, serving as the seat of the executive branch of government, and as the host to all foreign embassies to South Africa. (Cape Town is the legislative capital and Bloemfontein the judicial capital.)Pretoria straddles the Apies River and extends eastward into the foothills of the Magaliesberg mountains. It has a reputation as an academic city and center of research, being home to the Tshwane University of Technology (TUT), the University of Pretoria (UP), Sefako Makgatho Health Science University (SMU), the University of South Africa (UNISA), the Council for Scientific and Industrial Research (CSIR), and the Human Sciences Research Council. It also hosts the National Research Foundation and the South African Bureau of Standards. Pretoria was one of the host cities of the 2010 FIFA World Cup. Pretoria is the eighth richest city in Africa and the fourth richest in South Africa.
Pretoria is the central part of the Tshwane Metropolitan Municipality which was formed by the amalgamation of several former local authorities, including Centurion and Soshanguve. Some have proposed changing the official name from Pretoria to Tshwane, which has caused some public controversy.
Pretoria is named after the Voortrekker leader Andries Pretorius, and South Africans sometimes call it the "Jacaranda City," because of the thousands of jacaranda trees planted along its streets and in its parks and gardens. 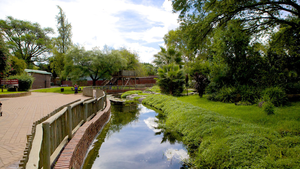 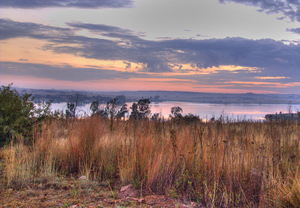 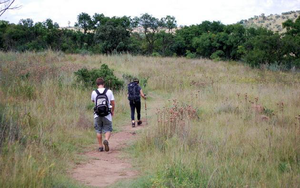 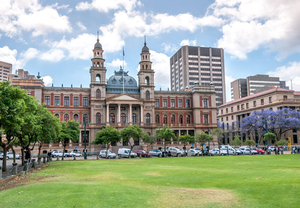 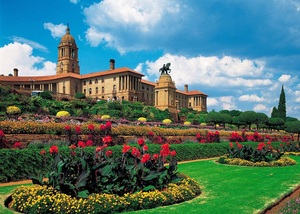