Poti (Georgian: ფოთი [pʰɔtʰi]; Mingrelian: ფუთი; Laz: ჶაში/Faşi or ფაში/Paşi) is a port city in Georgia, located on the eastern Black Sea coast in the region of Samegrelo-Zemo Svaneti in the west of the country. Built near the site of the ancient Greek colony of Phasis and deriving its name from the same, the city has become a major port city and industrial center since the early 20th century. It is also home to a main naval base and the headquarters of the Georgian Navy. Adjacent to the Poti port area is the RAKIA-owned Free Industrial Zone. Inaugurated in April 2008, it has registered a number of businesses, including those from Iranian businesspeople trying to evade sanctions against Iran. 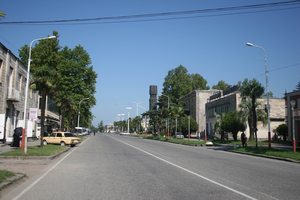 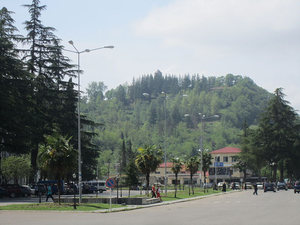