Pearl Harbor is an American lagoon harbor on the island of Oahu, Hawaii, west of Honolulu. It has been long visited by the Naval fleet of the United States, before it was acquired from the Hawaiian Kingdom by the U.S. with the signing of the Reciprocity Treaty of 1875. Much of the harbor and surrounding lands are now a United States Navy deep-water naval base. It is also the headquarters of the United States Pacific Fleet. The U.S. government first obtained exclusive use of the inlet and the right to maintain a repair and coaling station for ships here in 1887. Its surprise attack by the Imperial Japanese Navy on December 7, 1941, promptly led The United States to declare war on the Empire of Japan making the Attack on Pearl Harbor the immediate cause of the United States' entry into World War II. 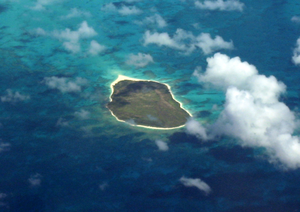 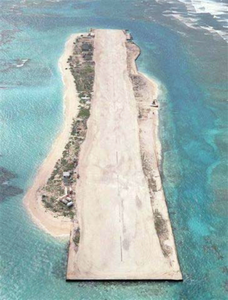 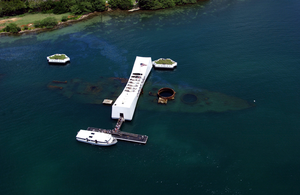