Paraná (Brazilian Portuguese: [paɾɐˈna] (listen)) is one of the 26 states of Brazil, in the south of the country, bordered on the north by São Paulo state, on the east by the Atlantic Ocean, on the south by Santa Catarina state and the province of Misiones, Argentina, and on the west by Mato Grosso do Sul and Paraguay, with the Paraná River as its western boundary line. It is subdivided into 399 municipalities, and its capital is the city of Curitiba. Other major cities are Londrina, Maringá, Ponta Grossa, Cascavel, São José dos Pinhais and Foz do Iguaçu. The state is home to 5,4% of the Brazilian population and has 6,2% of the Brazilian GDP. Ignoring Rio de Janeiro oil and mining in Minas Gerais, it's the 2nd strongest state economically in the country.
Crossed by the Tropic of Capricorn, Paraná has what is left of the araucaria forest, one of the most important subtropical forests in the world. At the border with Argentina is the National Park of Iguaçu, considered by UNESCO as a World Heritage site. At only 40 km (25 mi) from there, at the border with Paraguay, the largest dam in the world was built, the Hidroelétrica de Itaipu (Itaipu Hydroelectric Dam). The crime rate is considered low by Brazilian standards and the state is one of the most developed ones in the nation, ranking 4th in gross domestic product, only behind the states of Rio de Janeiro, São Paulo and Minas Gerais. 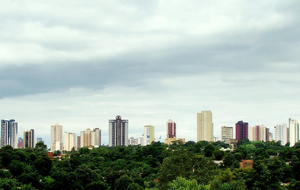 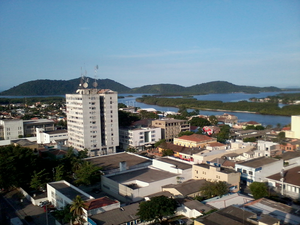