Ovalle is a city in the Coquimbo Region of Chile, founded in 1831 as a settlement. It has a population of more than 113,000 people. The name Ovalle was chosen to honor to Chile's vice-president, José Tomás Ovalle. Ovalle is the capital of the Limarí Province.
The city's setting is often likened to an oasis, being lush and green although surrounded by barren hills.There is a trail leading from the city that lasts roughly 50 minutes, and features relatively safe bathing and an area where dinosaur fossils can be found. On the trail is a life-sized model of a brachiosaurus.
The town's club is Deportes Ovalle. Famous players have played for the club, including 1982 FIFA World Cup player Rodolfo Dubó. 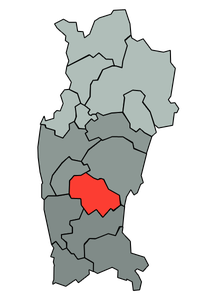 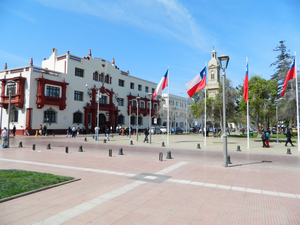 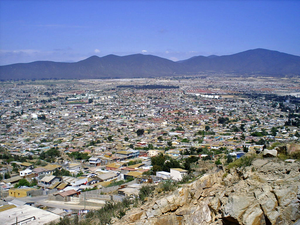