Oradea (UK: , US: , Romanian: [oˈrade̯a]; German: Großwardein [ˌɡʁoːsvaɐ̯ˈdaɪn]; Hungarian: Nagyvárad [ˈnɒɟvaːrɒd]; former Turkish: Varat; Yiddish: גרויסווארדיין‎, romanized: Groysvardeyn) is a city in Romania, located in Crișana region. Seat of the Bihor county, Oradea is one of the most important economic, social and cultural centers in the western part of Romania. The city is located in the north-west of the country, nestled between hills on the Crișana plain, on the banks of the Crișul Repede River, that divides the city into almost equal halves.
Located about 10 km (6.2 mi) from Borș, one of the most important crossing points on Romania's border with Hungary, Oradea ranks tenth in size among Romanian cities. It covers an area of 11,556 hectares (28,560 acres), in an area of contact between the extensions of the Apuseni Mountains and the Crișana-Banat extended plain.
Oradea enjoys a high standard of living relative to other Romanian cities and ranks among the most livable cities in the country. The city is also a strong industrial center in the region, hosting some of Romania's largest companies. Besides its status as an economic hub, Oradea boasts a rich Art Nouveau architectural heritage and is a member of the Réseau Art Nouveau Network. 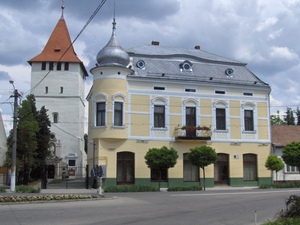 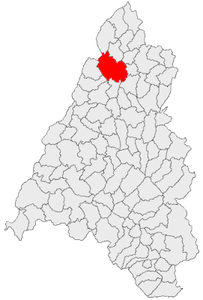 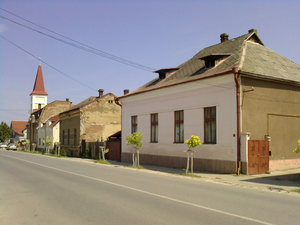