Neyland Stadium ( NEE-lənd), is a sports stadium in Knoxville, Tennessee, United States. It serves primarily as the home of the Tennessee Volunteers football team, but is also used to host large conventions and has been a site for several National Football League (NFL) exhibition games. The stadium's official capacity is 102,455. Constructed in 1921 as Shields–Watkins Field (which is now the name of the playing surface), the stadium has undergone 16 expansion projects, at one point reaching a capacity of 104,079 before being slightly reduced by alterations in the following decade. Neyland Stadium is the fifth largest stadium in the United States, the seventh largest stadium in the world, and the second largest stadium in the Southeastern Conference. The stadium is named for Robert Neyland, who served three stints as head football coach at the University of Tennessee between 1926 and 1952. 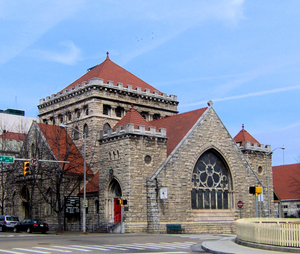