Nafpaktos (Greek: Ναύπακτος), known as Lepanto during part of its history, is a town and a former municipality in Aetolia Akarnania, West Greece, Greece, situated on a bay on the north coast of the Gulf of Corinth, 3 km (2 mi) west of the mouth of the river Mornos.
It is named for Naupaktos (Ναύπακτος, Latinized Naupactus), an important Athenian naval station in the Peloponnesian war. As a strategically crucial possession controlling access to the Gulf of Corinth, Naupaktos changed hands many times during the Crusades and the Ottoman–Venetian Wars. It was under Venetian control in the 15th century, and came to be known by the Venetian form of its name, Lepanto. It fell to the Ottoman Empire in 1499 and was used as naval station by the Ottoman Navy in the 16th century, being the site of the decisive victory by the Holy League in the Battle of Lepanto in 1571. Except a brief period of Venetian control in 1687–1699, Lepanto remained under Ottoman control until Greek independence in 1829.
The modern municipality was incorporated in 1946, but merged into the larger Nafpaktia municipality in the 2010 reform. Nafpaktos is now both the name of a municipal unit within Nafpaktia and of the town proper within the Nafpaktos unit.
The municipal district has an area of 159,947 square kilometres (61,756 square miles), with a population close to 20,000 as of 2011.The town is 9 km (6 mi) northeast of Antirrio, 18 km (11 mi) northeast of Patras, 35 km (22 mi) east of Missolonghi and 45 km (28 mi) southeast of Agrinio. The Greek National Road 48/E65 (Antirrio – Nafpaktos – Delphi – Livadeia) passes north of the town. It is the second largest town of Aetolia-Acarnania, after Agrinio. 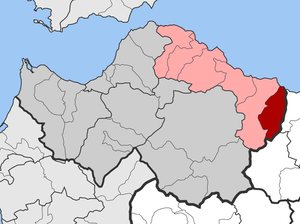 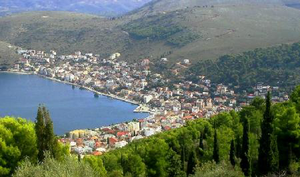 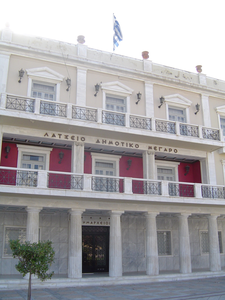 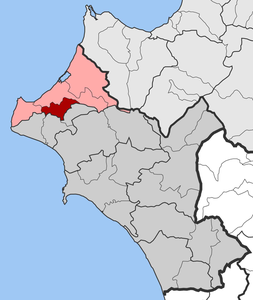