Mount Hakone (箱根山, Hakoneyama) is a complex volcano in Kanagawa Prefecture, Japan that is truncated by two overlapping calderas, the largest of which is 10 × 11 km wide. The calderas were formed as a result of two major explosive eruptions about 180,000 and 49,000–60,000 years ago. Lake Ashi lies between the southwestern caldera wall and a half dozen post-caldera lava domes that arose along a southwest–northeastern trend cutting through the center of the calderas. Dome growth occurred progressively to the south, and the largest and youngest of them, Kami-yama, forms the high point of Hakone. The calderas are breached to the east by the Haya-kawa canyon. Mount Ashigara is a parasitic cone.The latest magmatic eruptive activity at Hakone occurred 2,900 years ago. It produced a pyroclastic flow and a lava dome in the explosion crater, although phreatic eruptions took place as recently as the 12–13th centuries AD.According to the nearby Hakone Shrine, the Komagatake peak has been the object of religious veneration since ancient times. 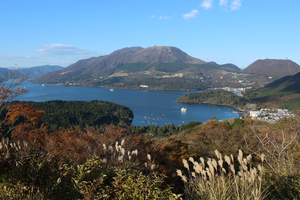 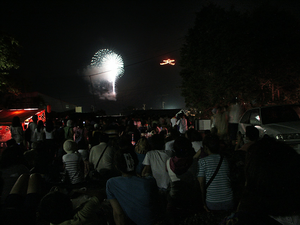 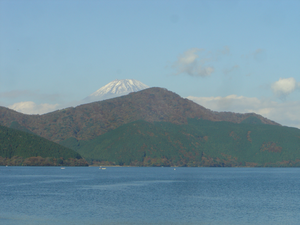 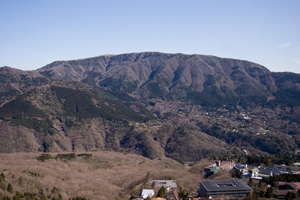