Mosonmagyaróvár ([ˈmoʃonmɒɟɒroːvaːr]; German: Wieselburg-Ungarisch Altenburg; Latin: Ad Flexum; Slovak: Starý hrad) is a town in Győr-Moson-Sopron county in northwestern Hungary. It lies close to both the Austrian and Slovakian borders and has a population of 32,752 (as of 2015).
Mosonmagyaróvár used to be two separate towns, Magyaróvár (German: Ungarisch Altenburg, Slovak: Uhorský Starhrad) and Moson (German: Wieselburg, Slovak: Mošon). The town of Moson was the original capital of Moson county in the Kingdom of Hungary, but the county seat was moved to Magyaróvár during the Middle Ages. The two towns were combined in 1939, and by now almost all signs of dualism have disappeared, as the space between the two towns has become physically and culturally developed. Due to the name's length, Mosonmagyaróvár is also referred to as Óvár amongst locals and Moson by foreigners. The Hansági Museum can be found in Mosonmagyaróvár. 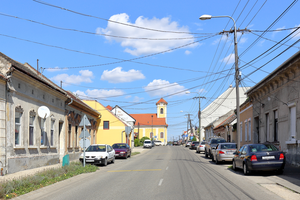 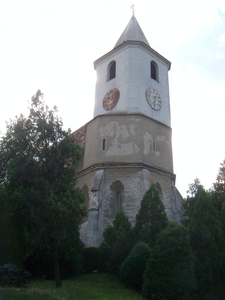 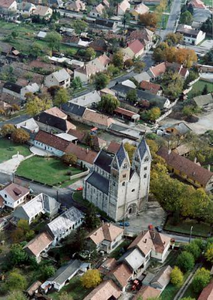 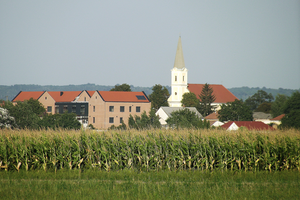