Misrata (Arabic: مصراته‎ Miṣrātah, Libyan Arabic: Məṣrātah), also spelt Misurata or Misratah, is a sha'biyah (district) in northwestern Libya. Its capital is the city of Misrata. In 2007 the district was enlarged to include what had been the Bani Walid District and the northernmost strip of coast of the Gulf of Sidra, that from 2001 to 2007 had been part of Sirte District. In the north and east, Misrata has a shoreline on the Mediterranean Sea. On land, it borders Sirte in south and east, Murqub in north and west and Jabal al Gharbi in south and west.
Per the census of 2012, the total population in the region was 157,747 with 150,353 Libyans. The average size of the household in the country was 6.9, while the average household size of non-Libyans being 3.7. There were totally 22,713 households in the district, with 20,907 Libyan ones. The population density of the district was 1.86 persons per km2. Per 2006 census, there were totally 148,352 economically active people in the district. 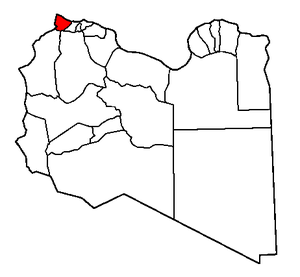 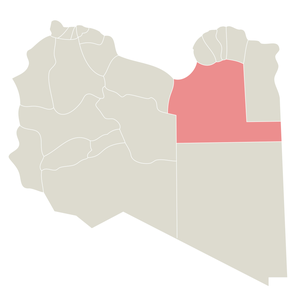 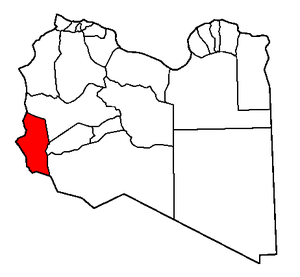 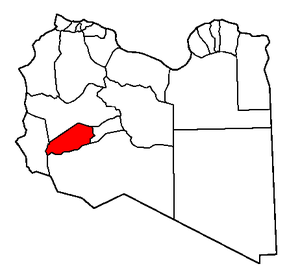 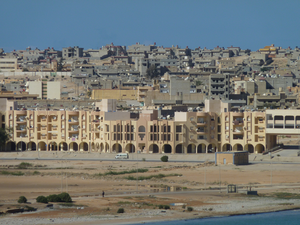 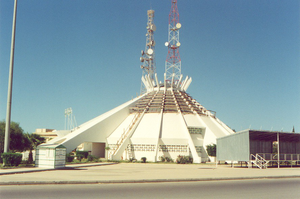 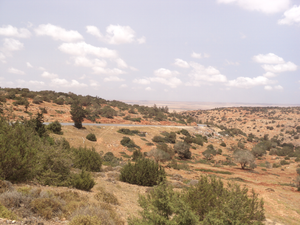 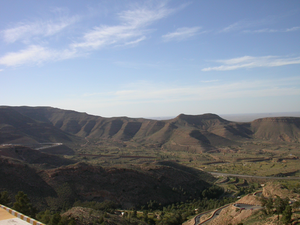 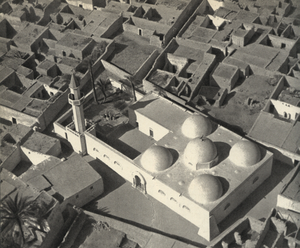 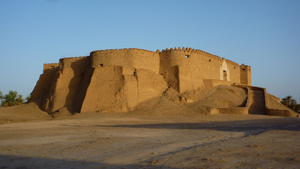 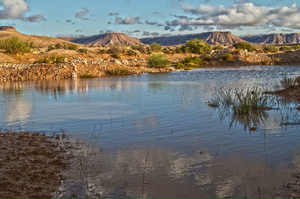 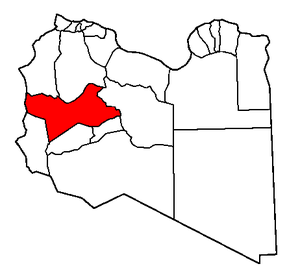