Minas Gerais ([ˈminɐz ʒeˈɾajs] (listen)) is a state in Southeastern Brazil. It ranks as the second most populous, the third by gross domestic product (GDP), and the fourth largest by area in the country. The state's capital and largest city, Belo Horizonte, is a major urban and finance center in Latin America, and the sixth largest municipality in Brazil, after the cities of São Paulo, Rio de Janeiro, Salvador, Brasília and Fortaleza, but its metropolitan area is the third largest in Brazil with just over 5,800,000 inhabitants, after those of São Paulo and Rio de Janeiro. Nine Brazilian presidents were born in Minas Gerais, the most of any state. The state has 10.1% of the Brazilian population and is responsible for 8.7% of the Brazilian GDP.
With an area of 586,528 square kilometres (226,460 sq mi)—larger than Metropolitan France—it is the fourth most extensive state in Brazil. The main producer of coffee and milk in the country, Minas Gerais is known for its heritage of architecture and colonial art in historical cities such as São João del Rei, Congonhas, Ouro Preto, Diamantina, Tiradentes and Mariana. In the south, the tourist points are the hydro mineral spas, such as Caxambu, Lambari, São Lourenço, Poços de Caldas, São Thomé das Letras, Monte Verde and the national parks of Caparaó and Canastra. The landscape of the state is marked by mountains, valleys, and large areas of fertile lands. In the Serra do Cipó, Sete Lagoas, Cordisburgo and Lagoa Santa, the caves and waterfalls are the attractions. Some of Brazil's most famous caverns are located there. 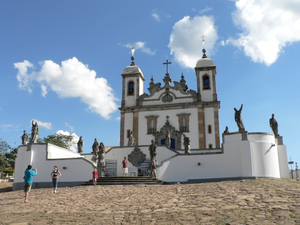 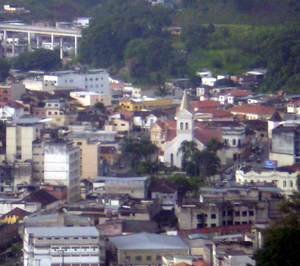 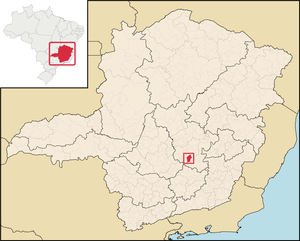 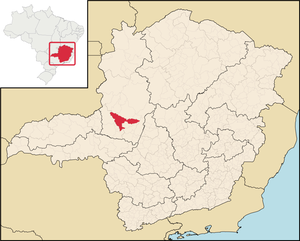 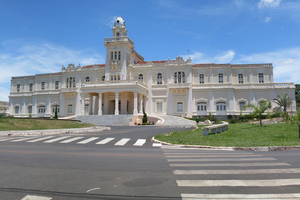 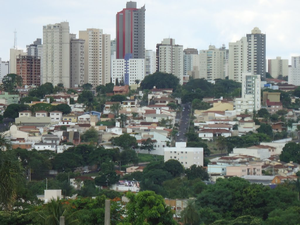