Kom Ombo (Arabic: كوم أمبو‎, Coptic: Ⲉⲙⲃⲱ Embo, Ancient Greek: Ὄμβοι Omboi, Ptol. iv. 5. § 73; Steph. B. s. v.; It. Anton. p. 165) or Ombos (Juv. xv. 35) or Latin: Ambo (Not. Imp. sect. 20) and Ombi – is an agricultural town in Egypt famous for the Temple of Kom Ombo. It was originally an Egyptian city called Nubt, meaning City of Gold (not to be confused with the city north of Naqada that was also called Nubt/Ombos). Nubt is also known as Nubet or Nubyt (Nbyt). It became a Greek settlement during the Greco-Roman Period. The town's location on the Nile, 50 kilometres (31 mi) north of Aswan (Syene), gave it some control over trade routes from Nubia to the Nile Valley, but its main rise to prominence came with the erection of the Temple of Kom Ombo in the 2nd century BC. 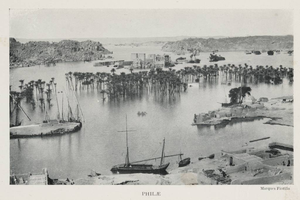 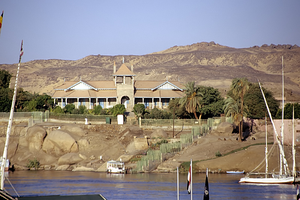