Iława [iˈwava] (listen) (German: Eylau, [dɔʏtʃ ˈʔaɪlaʊ] (listen)) is a town in northern Poland with 32,276 inhabitants (2010). It is situated in the Warmian-Masurian Voivodeship (since 1999); previously it was in Olsztyn Voivodeship (1975–1998). It is the capital of Iława County.
The town is located in the Iławskie Lake District, on the longest lake in Poland - Jeziorak. It is located in the area of historical Pomesania in the area defined as Upper Prussia ger. Oberland in Germany since the 16th century. The rivers Iławka and Tynwałd flow through Iława. Within the city's administrative area there is the largest inland island in Poland - Wielka Żuława, which has a permanent ferry connection with the city. The city is located in the area of the Green Lungs of Poland - an area characterized by clean air and diversity of the natural system. From the west and north, Iława is surrounded by the Iława Lake District Landscape Park. Iława is a holiday, paralympic and tourist resort. In the forest just outside Iława there are two Polish Television holiday resorts (Sarnówek and Tłokowisko) to which journalists come for a holiday. From Iława you can reach the Baltic Sea through Jeziorak Lake and the historic, unique in the world Elbląg Canal. Before World War II, the town was called "The Pearl of Oberland";. At Lake Silm, one of the world's several training centres for skippers and port pilots, they learn to manoeuvre seagoing ships on miniaturised models. The city is called the summer capital of traditional jazz because of the oldest festival of this music genre in Europe - Old Jazz Meeting "Złota Tarka";. In Iława there is the Pope's Calvary of the Iława Lake District, whose canoe-shaped Stations of the Cross refer to and commemorate Karol Wojtyła's two visits to Jeziorak, after which the future Pope was kayaking with young people. Iława lies on the Road of St. James (one of the most important Christian pilgrimage routes in the world) which leads to the Cathedral of Santiago de Compostella in Spain. 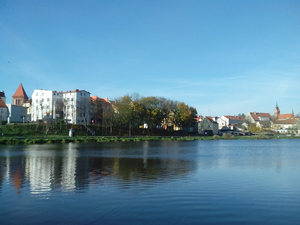 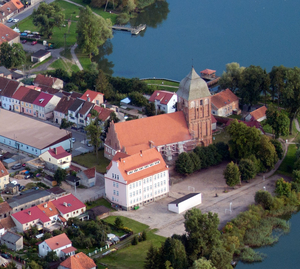 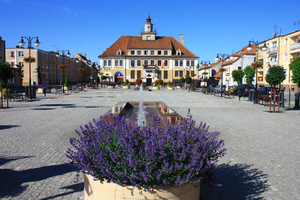 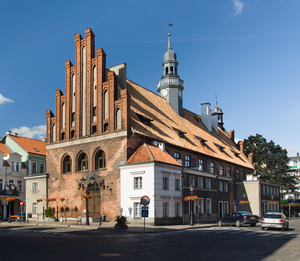 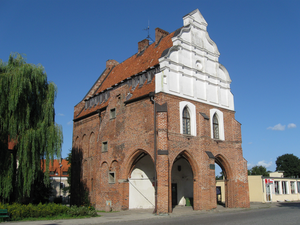 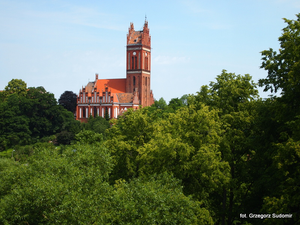 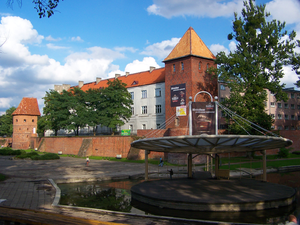 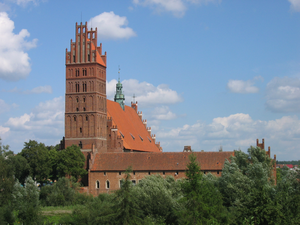 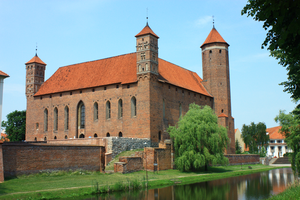 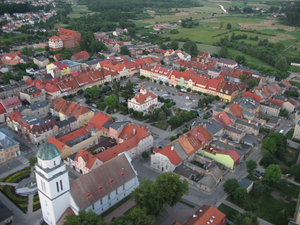 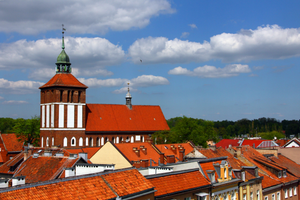 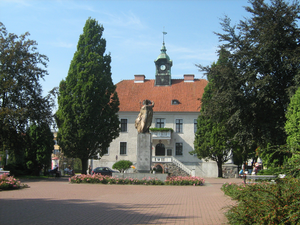 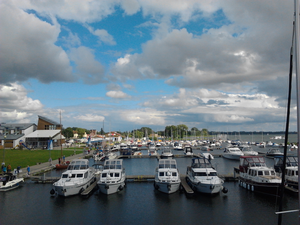 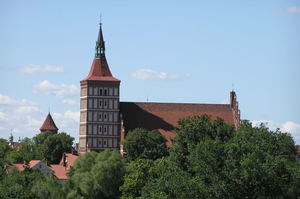