Hirado (平戸市, Hirado-shi) is a city located in Nagasaki Prefecture, Japan. The part historically named Hirado is located on Hirado Island. With recent mergers, the city's boundaries have expanded, and Hirado now occupies parts of the main island of Kyushu. The components are connected by the Hirado Bridge.
As of March 1, 2017, the city has an estimated population of 31,192 and a population density of 130 persons per km². The total area is 235.63 km2 (91 square miles). 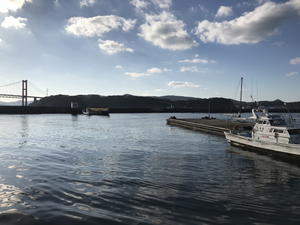