Glavinitsa (Bulgarian: Главиница, pronounced [ɡɫɐˈvinit͡sɐ]; also transliterated Glavinica or Glavinitza) is a town in northeastern Bulgaria, part of Silistra Province. It is the administrative centre of Glavinitsa Municipality, which lies in the southwestern part of Silistra Province, in the historical region of Southern Dobruja. As of December 2009, the town has a population of 1,928 inhabitants.Glavinitsa is located in the eastern Danubian Plain, on the road between Dulovo and Tutrakan. Its old name (until 1942) was Asvatköy. Glavinitsa was proclaimed a town on 5 September 1984.
Glavinitsa Peak on Fallières Coast in Antarctica is named after the village. 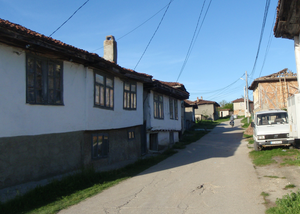