Gladstone (including the former town of Booyoolie) is a small rural town in the Mid North of South Australia in the approach to the lower Flinders Ranges. At the 2006 census, Gladstone had a population of 629.The town services the surrounding district with two pubs, three churches, a bank, post office and several shops and small businesses providing basic goods and services. The closest hospital is 11 km away in a neighbouring rural town, but doctors take appointments in the town’s medical clinic. There is a kindergarten (approximately 12 enrollments), state primary school (63), Catholic primary school (60) and a secondary school (approximately 205 students, drawn from the wider district).
Gladstone has sporting/social clubs providing for Aussie Rules football, netball, cricket, tennis, golf, lawn bowls, swimming (at the local outdoor pool) and soccer (newly formed for school-aged children), all seasonal. Sporting competitions occur between clubs from the neighbouring towns within a radius of about 75 km.
Wheat and sheep are the main farming produce of the region, but Gladstone has the largest inland grain storage facility in the Southern Hemisphere, storing wheat, barley, durum wheat, peas, faba beans and fiesta beans.
The Anglican Diocese of Willochra is based in Gladstone, with the Registry (the Diocesan Office) housed in building in the main street. In addition the Bishop of Willochra lives in Bishop's House which is on the Main North Road.
Gladstone was the home of Trend Drinks, a local soft drink manufacturer, from its founding in 1876 until it moved to Corowa, New South Wales in 2016. 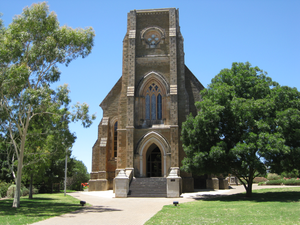 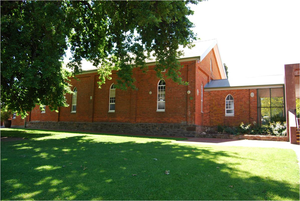 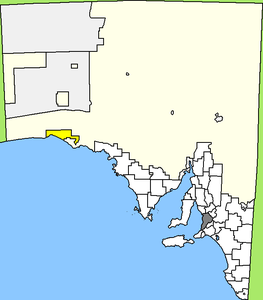