Gatineau (; French: [ɡatino]) is a city in western Quebec, Canada. It is the fourth-largest city in the province after Montreal, Quebec City, and Laval. It is located on the northern bank of the Ottawa River, immediately across from Ottawa, Ontario, together with which it forms Canada's National Capital Region. As of 2016, Gatineau had a population of 276,245, and a metropolitan population of 332,057. The Ottawa–Gatineau census metropolitan area had a population of 1,323,783.Gatineau is coextensive with a territory equivalent to a regional county municipality (TE) and census division (CD) of the same name, whose geographical code is 81. It is the seat of the judicial district of Hull. 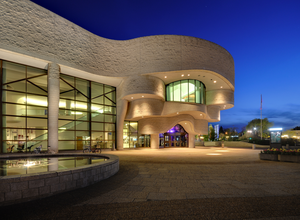