Ford Island (Hawaiian: Poka ʻAilana) is an islet in the center of Pearl Harbor, Oahu, in the U.S. state of Hawaii. It has been known as Rabbit Island, Marín's Island, and Little Goats Island, and its native Hawaiian name is Mokuʻumeʻume. The island had an area of 334 acres (135 ha) when it was surveyed in 1825, which was increased during the 1930s to 441 acres (178 ha) with fill dredged out of Pearl Harbor by the United States Navy to accommodate battleships.
It was the site of an ancient Hawaiian fertility ritual, which was stopped by Christian missionaries during the 1830s. The island was given by Kamehameha I to Spanish deserter Francisco de Paula Marín, and later returned to the monarchy. After the island was bought at auction by James Isaac Dowsett and sold to Caroline Jackson, it became the property of Dr. Seth Porter Ford by marriage and was renamed Ford Island. After Ford's death, his son sold the island to the John Papa ʻĪʻī estate and it was converted into a sugarcane plantation.
In 1916, part of Ford Island was sold to the U.S. Army for use by an aviation division in Hawaii, and by 1939 it was taken over by the U.S. Navy as a station for battleship and submarine maintenance. From the 1910s to the 1940s, the island continued to grow as a strategic center of operations for the U.S. Navy in the Pacific Ocean. Ford Island was at the center of the attack on Pearl Harbor and on the U.S. Pacific Fleet by the Imperial Japanese fleet on December 7, 1941. It was designated a National Historic Landmark in 1964, and as of 2011 the National Trust for Historic Preservation has listed the island as one of the United States' most-endangered historic sites.By the late 1990s, hundreds of millions of dollars had been invested in real estate development and infrastructure, including a new bridge. Ford Island continues to serve an active role in the Pacific, hosting military functions at the Pacific Warfighting Center and civilian functions at NOAA's Pacific Tsunami Warning Center. The island has been featured in films such as Tora! Tora! Tora! and Pearl Harbor and receives tourists from the U.S. and abroad at the USS Arizona memorial and the USS Missouri museum. 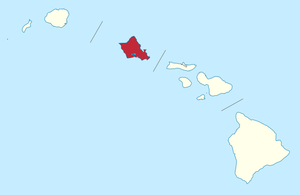 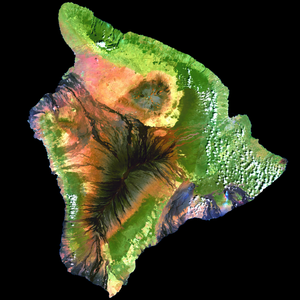 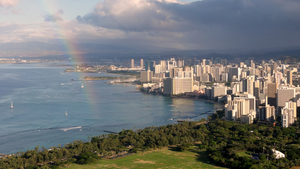