Ferdowsi’s Burial Chamber is located in Tous. Ferdowsi is quite well-known as the saviour of our language, Farsi. A few centuries after the Arab invasion, amongst the offense and mayhem caused by the accompanied language, Arabic, Farsi was gradually fading out. In order to revitalize the language, Ferdowsi opted for poetry and epic. Although, prior to him, there were other poets, attempting to fight for the language through poetry, he was the one who put in thirty years in order to foster the foundation of language, word by word, as he, himself, said:

“Much I have suffered in these thirty years,

I have revived the language with my verse”.

By employing history and a wide variety of myths, legends and epic, he composed a masterpiece of poetry, Shahnameh, which still, after hundreds of years, is of great pleasure to read, and all the more, a quite well-documented heritage of history, literature and for that matter culture of this nation.

His burial chamber is in the vicinity of Toos, a city close to Mashhad, a quite deservedly magnificent construction, wherein one can feel the zeal and passion which is comparable to that of the book, itself. The tomb was designed by the prominent Iranian architect and designer, Houshang Seyhoun. Tombs of Ave Sina, Kamal ol Molk, and Nader Shah Afshar are also some other examples of his distinguished designs.

The Tomb Through History
It has been said that since Ferdowsi was Shiite, he was forbidden to be buried in the Muslims’ cemetery and rather was buried in his own garden, and after a while a mausoleum was built on his grave. However this mausoleum was destroyed and rebuilt quite a few times. Eventually, in 1934 Reza Shah ordered a new construction for Ferdowsi’s tomb to be designed for “Ferdowsi Millenary Celebration”. A construction based on one of Karim Behzad’s designs and inspired by the architecture of Pasargadae. Due to failure, the construction needed restoration, and in 1968, Houshang Seyhoun altered the size and design to this final remarkable burial chamber. 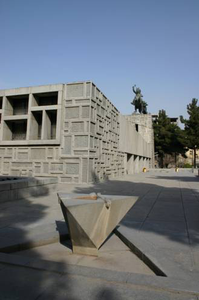 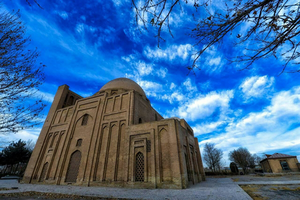 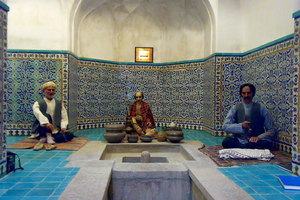 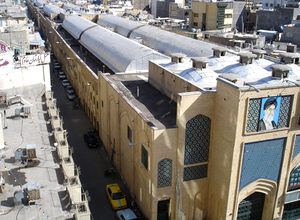 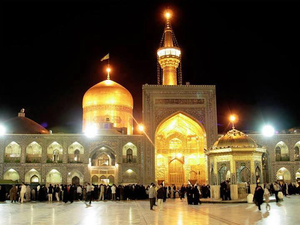