Ezzedine Salim (Arabic: ناحية عز الدين سليم‎) is an Iraqi subdistrict located in Basra Governorate with a total area of roughly 135 km2. It was named after Ezzedine Salim, President of the Governing Council of Iraq, who was born in the subdistrict. Its capital is the town of Huwair. Ezzedine Salim is rich with water sources, being bordered by the Euphrates in the south side and marshes in the north east and north west. The total population is 67,500 inhabitants, the majority of them Shi'a Arabs. Many of them work in agriculture, with the main crops being wheat, barley, and tomatoes. In addition to agriculture they also practice traditional activities associated with marshes such as fishing, buffalo breeding and harvesting of reeds.During the era of Saddam Hussein, Ezzedine Salim subdistrict was oppressed severely wherein 183 men were executed for political reasons, in addition to the disastrous economic, sociological, and ecological brought on by the draining of the surrounding marshes. 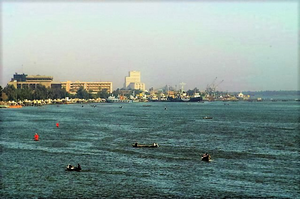 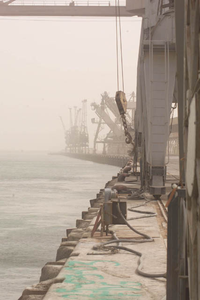