As one travels to Shiraz during the spring, where the air is permeated with the scent of orange blossoms, they can look more closely into the source of inspiration for a lot of great Iranian poets who inhabited the region, the likes of Hafez and Saadi. Although it's quite hot and the weather condition is utterly extreme in the area, Shiraz is replete with marvellous gardens, beautifully designed through centuries, Jahan-nama, Delgosha, Afif-abad and Eram gardens are just a few to mention.

Bagh-e-Eram, literally translates to Paradise Garden, is one of the nine UNESCO inscribed cultural heritage sites as Iran's Persian Gardens. Due to the torrid climate conditions in Iran, these Gardens are the result of an inspired intelligence which has been able to make the most of different fields of knowledge, including water management, engineering, architecture, botany and agriculture. All the more, the idea of the Persian Gardens, as an earthly paradise, colours the Iranian common and artistic expressions within various fields, such as literature, music, poetry, calligraphy and carpet design, which, in turn, have aesthetically inspired the arrangement of the Gardens.

Eram Garden is located in the north of Shiraz on the northern shore of Khoshk River. Date of its foundation is not clear, but it was certainly developed during Seljuqi period, and was further established during Zand period in the 18th century. It was, then, sold to one of the chiefs of a Qashqai tribe, who built the original mansion and ordered the plantation of different species of flora and trees. During Qajar period it was sold to Nasir-ol-molk, who founded the present pavilion, which was eventually finished by his son after his death. Currently, the garden and the building are within Shiraz botanical garden, protected by Iran's Cultural Heritage Organization, and open to public as a historical landscape.

Similar to other Persian Gardens, Eram Garden was designed in four sections with precise geometrically proportionate measurements, in order to provide the irrigation and other necessary conditions, namely shadow areas for specific plants, to be able to grow this diverse range of vegetation, consisting of variety of roses, tulips and puppies, fruit trees such as pomegranate, quince, apple and pear, evergreen trees, pines and quite remarkable among all, the tallest cypress in Shiraz, known as Sarv-e-Naz. At present the previously mentioned pavilion is in the centre of the garden, an example of early Qajar architecture, a three-storey building with a basement within which a narrow flow of water used to make the summer afternoons less unbearable. On the second floor there is a veranda supported by two tall pillars of the Achaemenid architecture style and two rooms on each side, all looking directly over the beautifully paved pathway with towering trees on both sides. The face of the building contains different sorts of tiling, among which the three crescent shaped inscriptions and paintings on the top are of great significance. 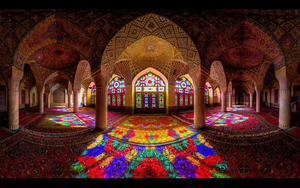 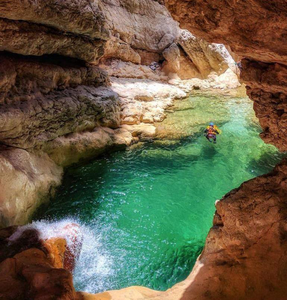 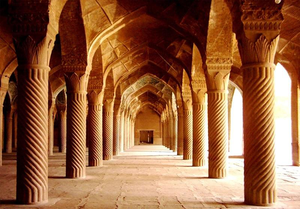 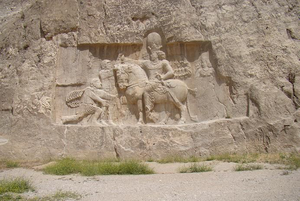 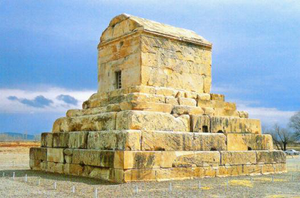 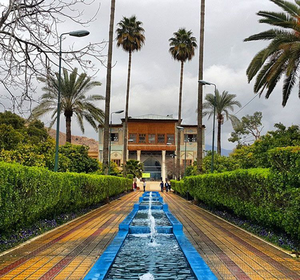 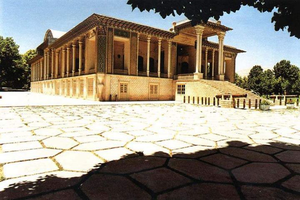 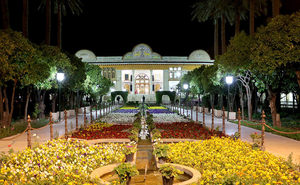 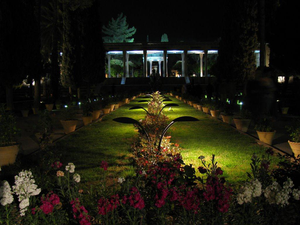 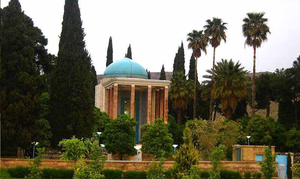 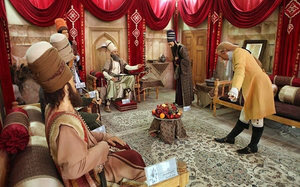 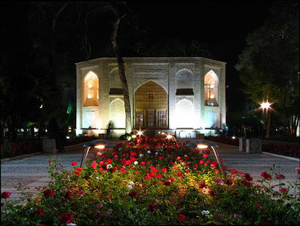 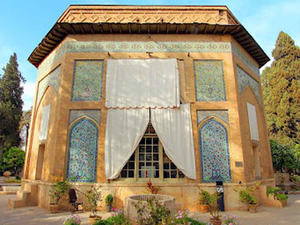 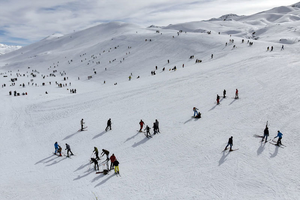 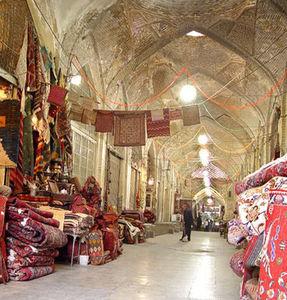 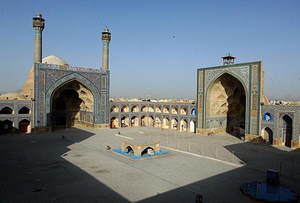 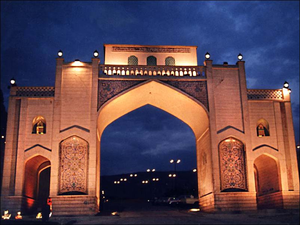 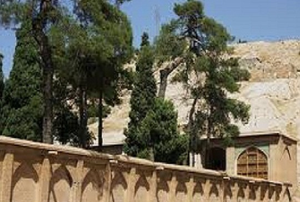 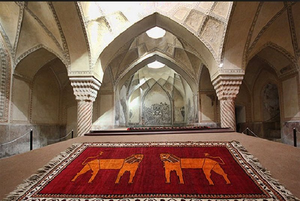 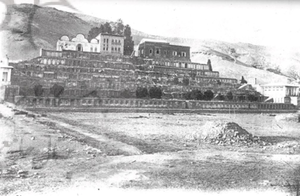 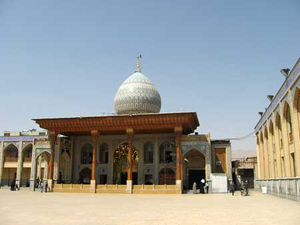 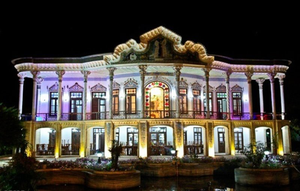 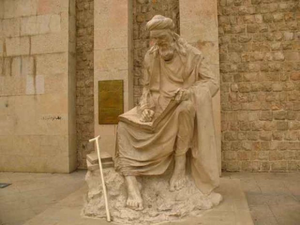