Ensenada (Spanish pronunciation: [enseˈnaða]) is a coastal city in Mexico, the third-largest in Baja California. Lying 125 kilometres (78 mi) south of San Diego on the Baja California Peninsula, it is locally referred to as La Cenicienta del Pacífico, "The Cinderella of the Pacific".One of the first settlements founded in the Californias, Ensenada has emerged as a cruise ship destination, aerospace center, and a jumping-off point for Valle de Guadalupe, a local wine region. It is said that the first Vitis vinifera made it to the region's San Ignacio Mission in 1703, when Jesuit Padre Juan de Ugarte planted the first vineyards there.
Situated on the coastline of Bahía de Todos Santos, the Port of Ensenada is an important commercial, fishing, and tourist port. The city is home to a navy base, army base, and Ensenada Airport, a military airfield.
Ensenada is the municipal seat and cultural and commercial center of Ensenada Municipality, one of five into which the state is divided. As of 2020, the municipality had an estimated population of 557,430.Ensenada is backed by small mountain ranges. Proximity to the Pacific and a warm Mediterranean latitude create mild year-round weather. The rainy season during the winter is short and the area is prone to prolonged droughts, which can threaten its grape harvests. The National Park, Constitution of 1857, is nearby as are also the Sierra de Juarez and San Pedro Martir National Park, which maintain one of the best astronomical observatories in the country.
Ensenada is part of UNESCO´s Creative Cities Network since 2015. 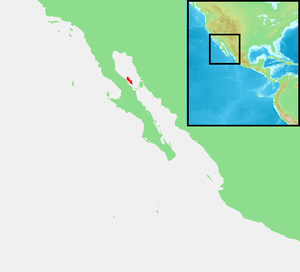