Dudelange (French pronunciation: ​[dydlɑ̃ʒ]; Luxembourgish: Diddeleng pronounced [ˈdidəleŋ] (listen), German: Düdelingen) is a commune with town status in southern Luxembourg. It is the fourth-most populous commune, with 19,734 inhabitants. Dudelange is situated close to the border with France.
As of 2015, the town of Dudelange, which lies in the centre of the commune, has a population of 19,734, making it Luxembourg's third-most populous town. The commune also includes the smaller town of Budersberg, to the north-west. The Mont Saint-Jean, close to Budersberg, hosts the ruins of a medieval castle.
Dudelange is an important industrial town that grew out of the three villages and a steel mill in 1900. The D in the name of the ARBED steel company, later merged into ArcelorMittal, stood for Dudelange. As well as the Dudelange Radio Tower, an FM radio and television transmitter, it is also the site of the Centre national de l’audiovisuel (CNA), a cultural institute founded in 1989 under the aegis of the Ministry of Culture in order to preserve, promote and exhibit Luxembourg's audiovisual and photographic heritage. The centre hosts a two-screen cinema, a restaurant and a library focused on the visual arts.
Dudelange is home to Luxembourg's most successful football club in recent times. F91 Dudelange won nine national titles between 2000 and 2011. 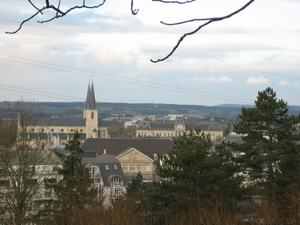 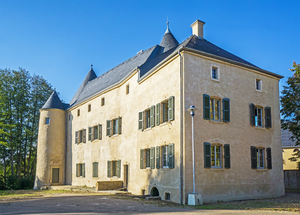 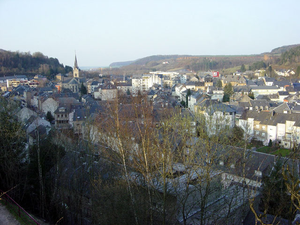