Dragomirești (Hungarian: Dragomérfalva; Yiddish: דראגאמירעשט‎) is a town in Maramureș County, Maramureș, Romania. It was declared a town in 2004.
Among the first Jews who settled in Dragomirești was R. Shemuel Stern of the Kosov Hasidic dynasty, in 1780. He was followed by other Hasidim from Galicia who worked in his lumber mills. By 1920, there were 756 Jews, accounting for 28% of the population. After the 1940 Second Vienna Award granted Northern Transylvania to Hungary, local Jews aged 20 to 40 were drafted into labor battalions in Ukraine. On April 15, 1944, 2000 Jews, including from nearby villages, were ghettoized. A month later, they were made to go to Vișeu de Sus rail station: males aged 12 to 60 on foot; women, children and elderly men in wagons. From Vișeu, trains took them to Auschwitz concentration camp. 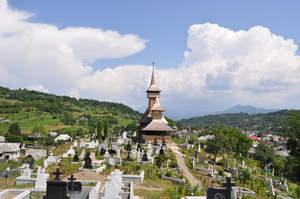 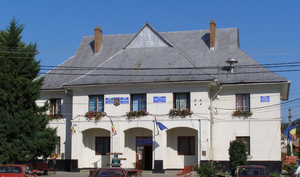 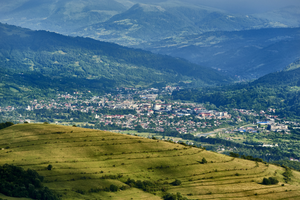