As a Persian garden, Dowlat Abad Garden is well-known for its high windcatcher. This garden is located in Chahar Menar (four Minarets) quarter in Yazd. Not only this garden is registered in the list of Iranian national heritage, but also it is one of UNESCO's World Heritage Sites. With about eight and a half meters height, its windcatcher is the abode highest one in the world. It should be mentioned that because of generations of adaptations to its desert surroundings, Yazd has a unique Persian architecture. It is nicknamed the "City of Windcatchers" from its many examples.

This garden was built at the end of the Afsharid dynasty (1160 AH) by the founder of the Khans Of Yazd, Mohammad Taghi Khan Bafghi, known as the Grand Khan (khan is a title of unknown origin for a ruler). At first, he built a qanat (sixty five kilometers long) to transfer the water from Mehriz to Yazd and from Yazd to Dowlat Abad Garden. Including a collection of buildings, ponds, and fountains inside an area full of flowers and different trees, this garden was built and it covers seventy thousand square meters.

Aqueduct of Dowlat Abad Garden is two hundred years old and it consists of a series of five aqueducts. The Pavilion of Dowlat Abad is one of the most important parts and the windcatcher is situated on it. The wind enters the building and it crosses the ponds, so for the persons in the building, it becomes cool and pleasant. The cool breeze moves to alcove and hallways through the bottom of the windcatcher. As a result, this pavilion called the summer building.

The pavilion consists of three alcoves with latticed doors, a small room in a windcatcher, a vestibule, and two Pastus (small room for putting the objects). It has an octagonal form.

Located in front of the sunshine, Behesht Aeen (where it is like paradise) was the building for winter residency for the family. This building is in front of the vestibule and separates Andaruni (in traditional Persian residential architecture part of the house in which the private quarters are established) and Biruni (the parts which are not private). There exist the cherry and pomegranate trees on both sides of this area. 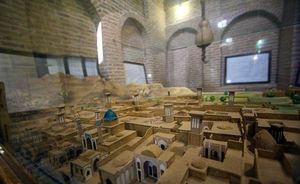 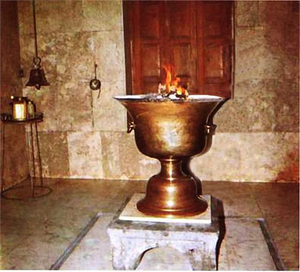 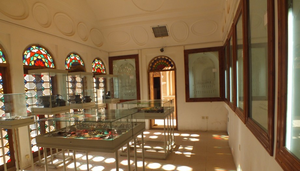 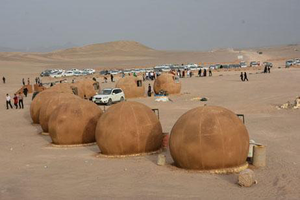 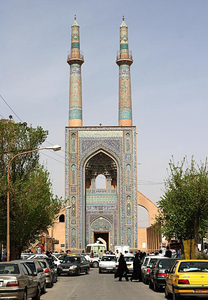 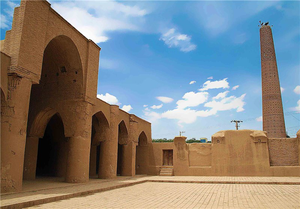 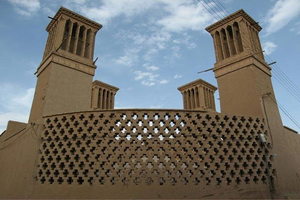 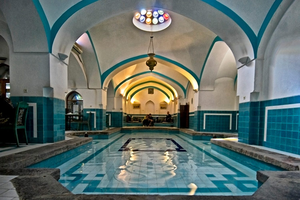 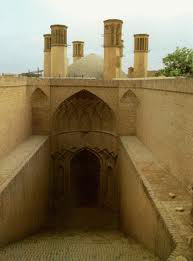 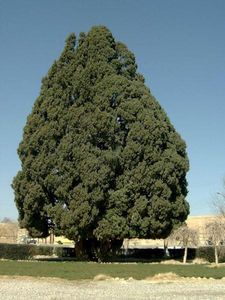 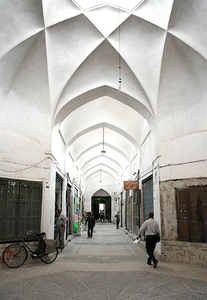 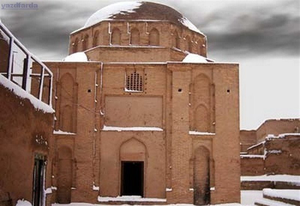