Dezak Castle is located in southeast side of Dezak village in the Kiar County, one of the four districts of Bakhtiari. It constitutes thirty-five kilometers of Shahr-e Kord. This castle is bearing the signs of activities of Persian Constitutional Revolution and today has been registered as a national heritage of Iran. It is speculated the word Dezak is originated from Dez or Dej, with the meaning of fortress. The word Dezak means a small fortress.

Dezak Castle was built in 1325 AH by the order of Lotf Ali Khan Amir Mofakham Bakhtiari, lord of Haft Lang in Bakhtiari. The design of the castle was inspired by the European pavilions of seventeenth and eighteenth centuries and techniques from the vernacular architecture of Iran had been incorporated into it. Fath Ali Khan Sardar Monazam, son of Amir Mofakham, the Bakhtiari lord and a member of parliament inhabited this castle, where his son, Teymur Bakhtiar was born.

Dezak Castle once hosted Ali Akbar Dehkhoda, a celebrated figure in the culture and literature of Iran, who used the library of Amir Afkham as a source to write his encyclopedia.

There is a staircase in the northern terrace that leads to the upper floor. After the staircase there is the Howz Khaneh. The rooms on the second story have doors made of walnut wood, two separated terraces on north and three adjacent terraces in the south. Between the two rooms in northern and two rooms in southern terraces, there is a hall named Divankhaneh, also known as Sofrehkhaneh.

Divankhaneh had in it a carpet that covers fifty square meters. Motifs of angels, lions and the hunts, Farhad from Haft Peikar of Nezami and also the Bakhtiari lords have been painted on the margins of the ceiling of this hall. Next to Divankhaneh is the Mirror room, also known as Ayenehkhaneh. It has decorations in form of Gereh Bandi that is a kind of Stucco and motifs of foliage and birds and horse riders. The mural paintings of Ayenehkhaneh are three dimensional. One of the parts added to this room are four large pieces of mirror called Shab Cheragh. Four lanterns have been located behind them as sources of light. The ceiling of Dezak Castle is made of wood.

There are the Stone Museum as well as Clothes Museum of Chahar Mahal and Bakhtiari in the Dezak Castle that can be visited. The Stone Museum has in it a collection of different kinds of stones from four centuries ago until today. 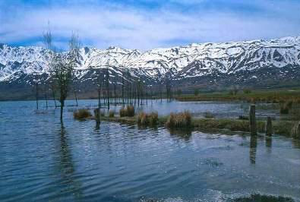 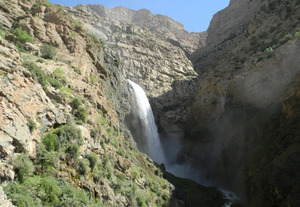 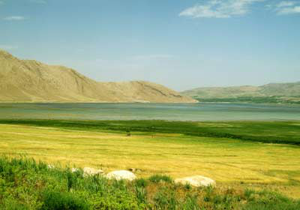 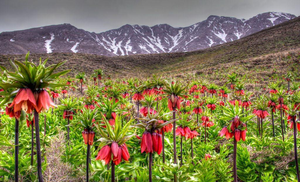