Cochrane is a Chilean town and commune in Capitán Prat Province of the Aisén Region. According to the 2002 census it has a population of 2,867. The urban population in 2002 was 2,217 and the rural population was 650.

Cochrane was founded in 1954 (as Pueblo Nuevo), but didn't have road access to the rest of Chile until 1988, when the Carretera Austral was opened. The town was later named Cochrane in honour of Thomas Cochrane, 10th Earl of Dundonald, a British naval captain and radical politician who was appointed the first Admiral of the Chilean Navy in 1818 and made a major contribution to winning independence for the young nation from Spain. Cochrane remains the southernmost town along the highway, with only a few villages south of it, among them Caleta Tortel and Villa O'Higgins. Cochrane is just south of the newly established Patagonia Park. The center of town includes a park surrounded by various shops, including a general store, a bakery, a small supermarket, a tourist information kiosk, and more.
Nearby is the prominent peak of Monte San Lorenzo, also known as Cerro Cochrane. 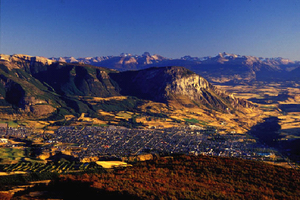 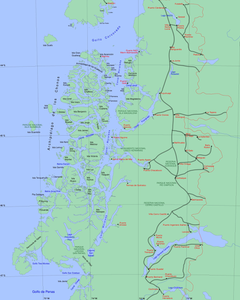