Cidade Velha (Portuguese for "old city", also: Santiago de Cabo Verde) is a city in the southern part of the island of Santiago, Cape Verde. Founded in 1462, it is the oldest settlement in Cape Verde and its former capital. Once called Ribeira Grande, its name was changed to Cidade Velha in the late 18th century. It is the seat of the Ribeira Grande de Santiago municipality.
Located off Africa's northwest coast, this town was the first European colonial settlement in the tropics. Some of the meticulously planned original design of the site is still intact, including a royal fortress, two churches and a 16th-century town square. Today, Cidade Velha is an Atlantic shipping stop and center for Creole culture. The city became a UNESCO World Heritage Site and one of the Seven Wonders of Portuguese Origin in the World in 2009. 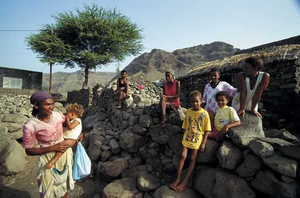 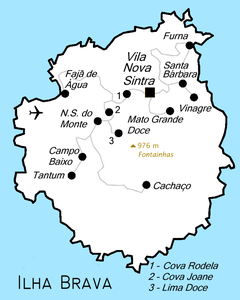