Chios (Greek: Χίος) is the main town and a former municipality on the island of Chios, North Aegean, Greece. Since the 2011 local government reform, it is part of the municipality Chios, of which it is a municipal unit. The municipal unit has an area of 22.823 km2. It is located on the eastern coast of the island facing the Turkish coastal town of Çeşme. The town has a population of 26,850 (2011) and is the administrative capital and main port of both the island and of the regional unit of Chios. Chios town is one of eight municipal units on the island.
The city is often locally referred to as "Chora" (Χώρα; literally meaning "country") or "Kastro" (Κάστρο; "castle") to distinguish it from the entirety of the island with which it shares the name.
North of Chios lies the suburb of Vrontados, while the Chios Island National Airport and town of Karfas lie a few kilometres south of the centre. 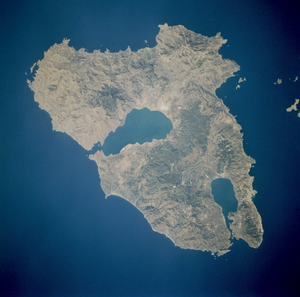 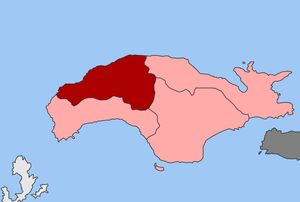 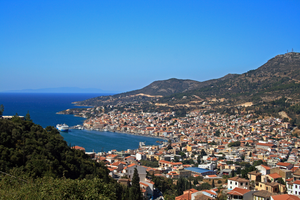