Brindisi (US: BRIN-diz-ee, BREEN-, Italian: [ˈbrindisi] (listen); Brindisino: Brìnnisi; Latin: Brundisium; Ancient Greek: Βρεντέσιον, romanized: Brentésion; Messapic: Brunda) is a city in the region of Apulia in southern Italy, the capital of the province of Brindisi, on the coast of the Adriatic Sea.
Historically, the city has played an important role in trade and culture, due to its strategic position on the Italian Peninsula and its natural port on the Adriatic Sea. The city remains a major port for trade with Greece and the Middle East. Its industries include agriculture, chemical works, and the generation of electricity.
The city of Brindisi was the provisional government seat of the Kingdom of Italy from September 1943 to February 1944. 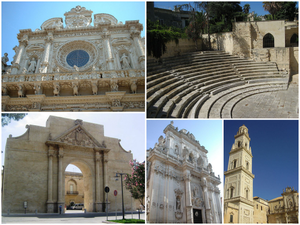 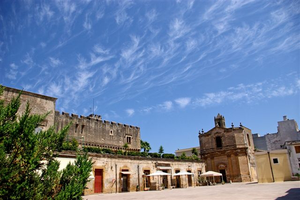